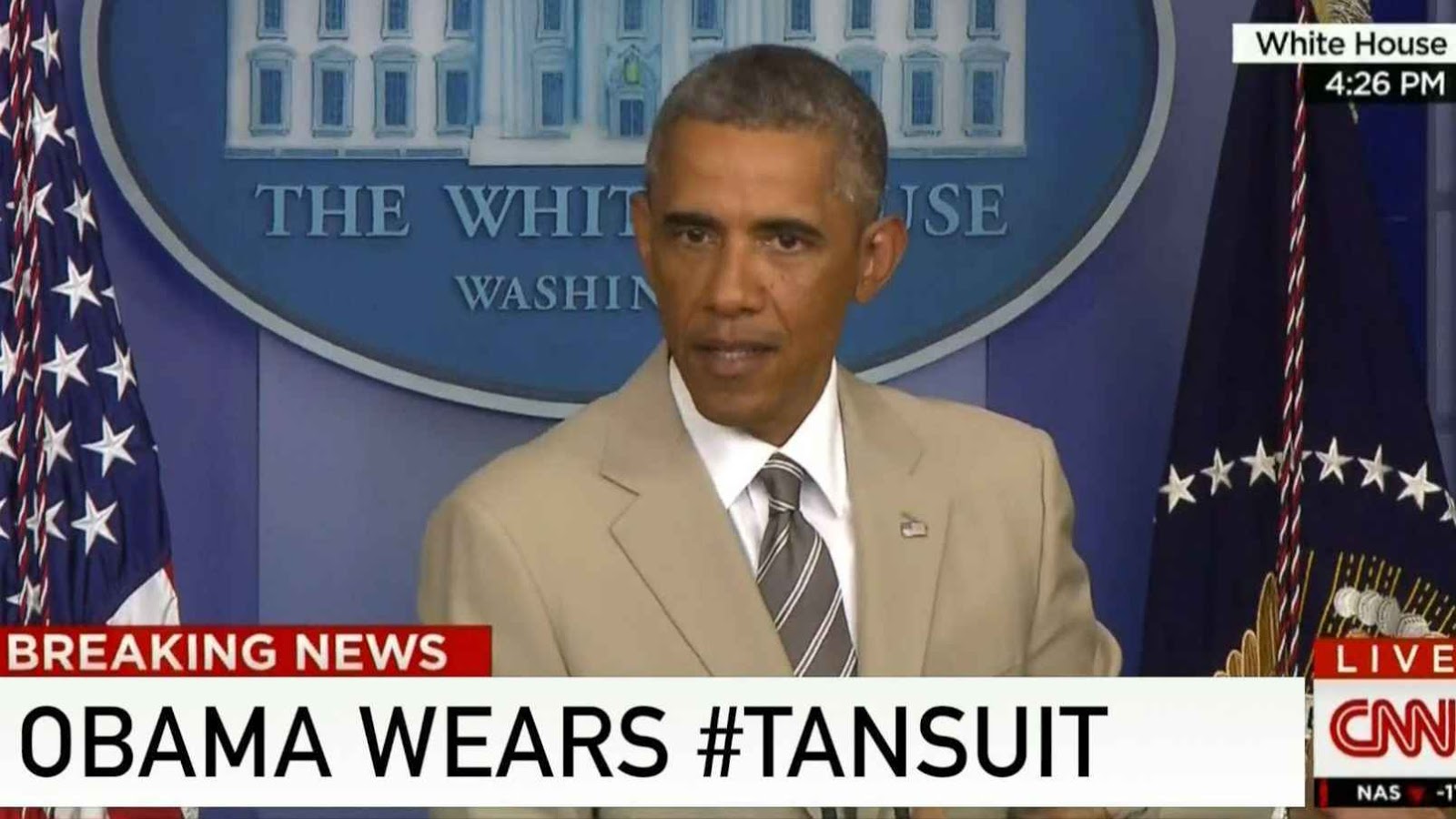 After Trump secured the nomination, Obama’s people filed a wiretapping request. As he was on the verge of winning, they did it again. After he won, they are doing everything they can to bring him down.

It was always going to come down to this. 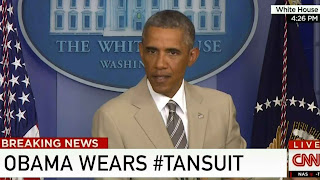 One is the elected President of the United States. The other is the Anti-President who commands a vast network that encompasses the organizers of OFA, the official infrastructure of the DNC and Obama Anonymous, a shadow government of loyalists embedded in key positions across the government.

A few weeks after the election, I warned that Obama was planning to run the country from outside the White House. And that the “Obama Anonymous” network of staffers embedded in the government was the real threat. Since then Obama’s Kalorama mansion has become a shadow White House. And the Obama Anonymous network is doing everything it can to bring down an elected government.

Valerie Jarrett has moved into the shadow White House to plot operations against Trump. Meanwhile Tom Perez has given him control of the corpse of the DNC after fending off a Sandernista bid from Keith Ellison. Obama had hollowed out the Democrat Party by diverting money to his own Organizing for America. Then Hillary Clinton had cannibalized it for her presidential bid through Debbie Wasserman-Schultz and Donna Brazile. Now Obama owns the activist, OFA, and organizational, DNC, infrastructure.

But that’s just half the picture.

Obama controls the opposition. He will have a great deal of power to choose future members of Congress and the 2020 candidate. But he could have done much of that from Chicago or New York. The reason he didn’t decide to move on from D.C. is that the nation’s capital contains the infrastructure of the national government. He doesn’t just want to run the Democrats. He wants to run America.

The other half of the picture is the Obama Deep State. This network of political appointees, bureaucrats and personnel scattered across numerous government agencies is known only as Obama Anonymous.

Obama Inc. had targeted Trump from the very beginning when it was clear he would be the nominee.

Trump had locked down the GOP nomination in May. Next month there was a FISA request targeting him. The Foreign Intelligence Surveillance Court denied the request, and it is still unknown whether the request targeted Trump, or only his associates, but it’s silly to pretend that the submission of such a request a month after he became the presumptive GOP nominee was apolitical.

The second, narrower, FISA request came through in October. This one was approved. The reason for getting a FISA request in October was even more obvious than June. October is the crucial month in presidential elections. It’s the month of the “October Surprise” when the worst hit pieces based on the keenest opposition research is unleashed. Obama’s opposition research on Trump involved eavesdropping on a server in Trump Tower. Nixon would have been very jealous.

After the election, Obama Inc. began to spread out its bets. Some of his people migrated into his network of political organizations. Others remained embedded in the government. While the former would organize the opposition, the latter would sabotage, undermine and try to bring down Trump.

An unprecedented campaign for full spectrum dominance was being waged in domestic politics.

Obama Anonymous conducted its coup in layers. The first layer partnered congressional Democrats with OA personnel to retain control of as much of the government as possible by the Obama Deep State. They did it by blocking Trump’s nominees with endless hearings and protests. The second layer partnered congressional Democrats with the deeper layer of Obama operatives embedded in law enforcement and intelligence agencies who were continuing the Obama investigations of Trump.

This second layer sought to use the investigation to force out Trump people who threatened their control over national security, law enforcement and intelligence. It is no coincidence that their targets, Flynn and Sessions, were in that arena. Or that their views on Islamic terror and immigration are outside the consensus making them easy targets for Obama Anonymous and its darker allies.

These darker allies predate Obama. The tactics being deployed against Trump were last used by them in a previous coup during President Bush’s second term. The targets back then had included Bush officials, an Iran skeptic, pro-Israel activists and a Democrat congresswoman. The tactics, eavesdropping, leaks, false investigations, dubious charges and smear campaigns against officials, were exactly the same.

Anyone who remembers the cases of Larry Franklin, Jane Harman and some others will recognize them. Before that they were used to protect the CIA underestimates of Soviet capabilities that were broken through by Rumsfeld’s Halloween Massacre and Team B which helped clear the way for Reagan’s defeat of the Soviet Union.

Under Bush, the Deep State was fighting against any effort to stop Iran’s nuclear program. It did so by eliminating and silencing opposition within the national security establishment and Congress through investigations of supposed foreign agents. That left the field clear for it to force a false National Intelligence Estimate on President Bush which claimed that Iran had halted its nuclear program.

Obama broke out the same tactics when he went after Iran Deal opponents. Once again members of Congress were spied on and the results were leaked to friendly media outlets. Before the wiretapping of Trump’s people, the NSA was passing along conversations of Iran Deal opponents to the White House which were used to coordinate strategy in defense of the illegal arrangement with Islamic terrorists.

The same wall between government and factional political agendas that Nixon’s “White House Plumbers” had broken through on the way to Watergate had been torn down. NSA eavesdropping was just another way to win domestic political battles. All it took was accusing the other side of treason.

And worse was to come.

During the Iran Deal battle, the NSA was supposedly filtering the eavesdropped data it passed along.

In its last days, Obama Inc. made it easier to pass along unfiltered personal information to the other agencies where Obama loyalists were working on their investigation targeting Trump. The NSA pipeline now makes it possible for the shadow White House to still gain intelligence on its domestic enemies.

And the target of the shadow White House is the President of the United States.

The Obama network is an illegal shadow government. Even its “light side” as an opposition group is very legally dubious. Its “shadow side” is not only illegal, but a criminal attack on our democracy.

When he was in power, Obama hacked reporters like FOX News’ James Rosen and CBS News’ Sharyl Attkisson. He eavesdropped on members of Congress opposed to the Iran Deal. Two men who made movies he disliked ended up in jail. But what he is doing now is even more deeply disturbing.

Obama no longer legally holds power. His Deep State network is attempting to overturn the results of a presidential election using government employees whose allegiance is to a shadow White House. Tactics that were illegal when he was in office are no longer just unconstitutional, they are treasonous.

Obama Inc. has become a state within a state. It is a compartmentalized network of organizations, inside and outside the government, that claim that they are doing nothing illegal as individual groups because they are technically following the rules within each compartment, but the sheer scope of the illegality lies in the covert coordination between these “revolutionary cells” infecting our country.

It is a criminal conspiracy of unprecedented scope. Above all else, it is the most direct attack yet on a country in which governments are elected by the people, not by powerful forces within the government.

“We here highly resolve that these dead shall not have died in vain,” President Lincoln declared at Gettysburg. “That this nation, under God, shall have a new birth of freedom — and that government of the people, by the people, for the people, shall not perish from the earth.”

Obama’s shadow government is not just a war on President Trump. It is a war on that government of the people, by the people and for the people. If he succeeds, then at his touch, it will perish from the earth.

Obama’s third term has begun. Our Republic is in danger.