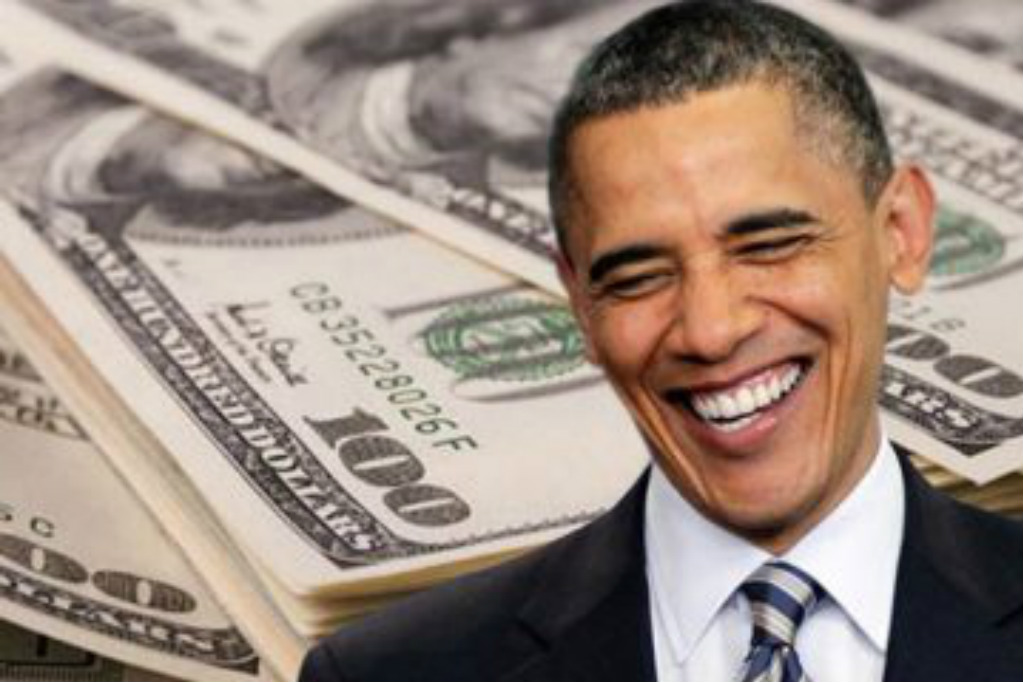 While Barack Hussein Obama Soetoro Soebarkah was transparent about wanting to “fundamentally change America,” his administration was far from transparent. From his fake birth certificate,selective service documents and social security numbers to using executive privilege when it came to investigating Operation Fast and Furious to the numerous other scandals of his administration, including the IRS, Benghazi, Extortion 17 and others, the Obama administration will go down in history as one of the most corrupt and least transparent administrations. Now, a report has turned up the fact that Obama spent $36 million of taxpayer money to hide records during his final year in office.

The Obama administration in its final year in office spent a record $36.2 million on legal costs defending its refusal to turn over federal records under the Freedom of Information Act, according to an Associated Press analysis of new U.S. data that also showed poor performance in other categories measuring transparency in government.

For a second consecutive year, the Obama administration set a record for times federal employees told citizens, journalists and others that despite searching they couldn’t find a single page of files that were requested.

And it set records for outright denial of access to files, refusing to quickly consider requests described as especially newsworthy, and forcing people to pay for records who had asked the government to waive search and copy fees.

The government acknowledged when challenged that it had been wrong to initially refuse to turn over all or parts of records in more than one-third of such cases, the highest rate in at least six years.

In courtrooms, the number of lawsuits filed by news organizations under the Freedom of Information Act surged during the past four years, led by the New York Times, Center for Public Integrity and The Associated Press, according to a litigation study by the Transactional Records Access Clearinghouse at Syracuse University. The AP on Monday settled its 2015 lawsuit against the State Department for files about Hillary Clinton’s time as secretary of state, at AP’s request, and received $150,546 from the department to cover part of its legal fees.

Consider that these outlets continued to protect Obama, his administration and advance his agenda by not reporting on certain stories and not digging into others.

The following made up for more than half of the legal costs to hide records.

The AP went on to report how Obama grew government to answer all the FOIA requests.

“The figures reflect the final struggles of the Obama administration during the 2016 election to meet President Barack Obama’s pledge that it was “the most transparent administration in history,” despite wide recognition of serious problems coping with requests under the information law,” the AP reported. “It received a record 788,769 requests for files last year and spent a record $478 million answering them and employed 4,263 full-time FOIA employees across more than 100 federal departments and agencies. That was higher by 142 such employees the previous year.”

Of the people who submitted requests in the final year of the Obama administration, 77 percent of the people received censored files or nothing, which was similar to the year before. Compare that to his first year in office, in which the numbers were 65 percent.

There is little to no cost to obtain the information requested and this information can be requested, under the law, by both citizens and foreigners.

One thing Barry would have done well to take heed of is his own words.

“The only people that don’t want to disclose the truth, are people with something to hide.”

We’re still waiting on his school records, actual birth records and a plethora of other documents that Americans should be able to review as one who sought the highest office in the land. Unfortunately, Republicans were unwilling to actually take on the eligibility issue because they didn’t care or they were too scared of being called “birthers.” Think of all that could have been avoided if they had just dealt with that one issue!