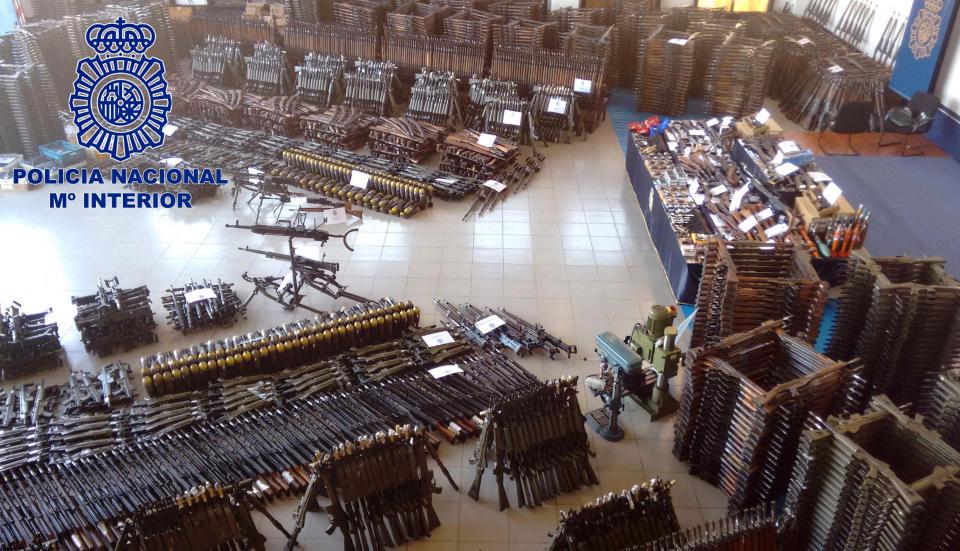 This is war. And the EU clowns and leftwing governments continue to paint a rosy picture of millions of Muslim refugees flooding Europe. But the worst is coming.  Reality is blowing up in their fleshy faces. Literally.

This is just the beginning.

Why did law enforcement keep this from the people? What other critical war news are they hiding? As one reader points out there were enough weapons here to equip a division. “Many of the auto rifles look like FN-FALs to me, or Belgian made NATO rifles, .308 caliber. Yellow tipped shells look like heavy mortar shells minus fuzes. A close call. Almost lost Paris. Wonder how many more ammo dumps and factories are operating out there.?”

TOOLS OF JIHAD SHOCKING POLICE PICTURES REVEAL 10,000-WEAPON ARSENAL INCLUDING HOWITZERS, MACHINE GUNS AND GRENADES INTENDED FOR THE HANDS OF TERRORISTS IN EUROPE

POLICE last night revealed an arsenal of more than 10,000 weapons destined for the hands of terrorists and organised gangs around Europe.

A continent-wide operation stopped weapons including anti-aircraft guns, howitzers and grenades falling into the hands of extremists in France, Spain and Belgium.

Some were previously described as being powerful enough to “bring down an aircraft”. 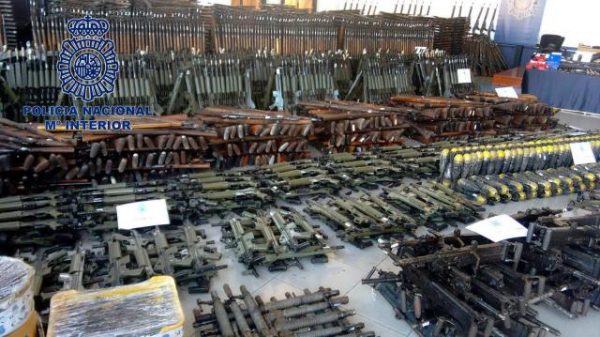 Europol announced the vast haul in January but only now have Spanish police published images of the devastating arsenal.

Among the stash were 10,000 rifles, 400 howitzers, anti-aircraft guns, grenades, pistols and revolvers.

Spanish cops also found a factory in Bilbao maintaining and reactivating old guns so they could be re-used.

A probe into European gun runners was launched following an attack on Brussels’ Jewish Museum in May 2014.

The attacker Mehdi Nemmouche was later arrested in Marseille, France, while carrying a Kalashnikov.

Following the original raid, Spanish police tweeted: “These are the 12,000 weapons, some capable of bringing down aircraft, intercepted from organised crime.”

In November 2015, Islamic extremists wielding automatic rifles similar to those seized killed 130 people in attacks on Paris, including a bloody gun assault on the Bataclan theatre.