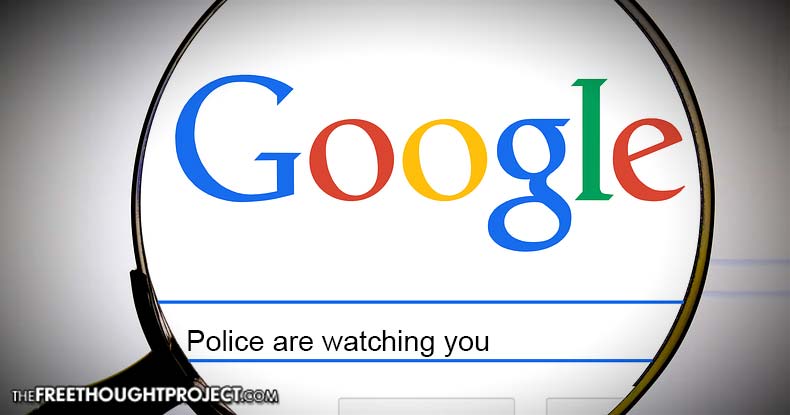 Edina, MN — An Orwellian precedent is underway just outside of Minneapolis, Minnesota, which could be the downfall of internet freedom as we know it. Police in Edina, MN, have been granted a warrant requiring Google to determine everyone in an entire city who has used its search engine to look up a specific term and identify them to authorities.

The case doesn’t involve some massive terror plot to destroy an entire city or a high-level child trafficking ring. It is for a wire-fraud crime — worth less than $30,000. However, if Google caves to the warrant, it could set off a precedent that will undoubtedly be used by police across the country.

According to Ars Technica, investigators are focusing their probe on an online photo of someone with the same name of a local financial fraud victim. The image turned up on a fake passport used to trick a credit union to fraudulently transfer $28,500 out of an Edina man’s account, police said. The bogus passport was faxed to the credit union using a spoofed phone number to mimic the victim’s phone, according to the warrant application.

According to the warrant, Google must help police determine who searched for variations of the victim’s name between December 1 of last year through January 7, 2017.

The ominously worded warrant makes some chilling demands — all over a small fraud case.

A Google search, the warrant application says, as reported by Ars Technica, reveals the photo used on the bogus passport. The image was not rendered on Yahoo or Bing, according to the documents. The warrant commands Google to divulge “any/all user or subscriber information”—including e-mail addresses, payment information, MAC addresses, social security numbers, dates of birth, and IP addresses—of anybody who conducted a search for the victim’s name.

Independent journalist and public records activist, Tony Webster discovered the warrant and posted photos of it online. He has also expressed the grave reality surrounding such broad and sweeping dragnets — and their ability to sweep up innocent people in the process.

But search warrants require supporting probable cause, not just mere suspicion or theory. For that reason, “anyone-who-accessed” search warrants like Detective Lindman’s can be risky to execute, as evidence could potentially be thrown out in a pretrial motion. Moreover, it’s possible that such a wide net could catch completely routine and non-criminal searches of the victim’s name by neighbors, prospective employers or business associates, journalists, or friends.

Could this type of search warrant be used to wrongly ensnare innocent people? If Google were to provide personal information on anyone who Googled the victim’s name, would Edina Police raid their homes, or would they first do further investigative work? The question is: what comes next? If you bought a pressure cooker on Amazon a month before the Boston bombing, do police get to know about it?

Prior to the actual warrant, Edina police sent Google an administrative subpoena “requesting subscriber information for anyone who had performed a Google search” for the victim’s name. However, according to the documents posted by Webster, Google easily refused to comply with that order as it does not have a judge’s signature.

However, after Google balked at complying, authorities pushed back even harder.

“Though Google’s rejection of the administrative subpoena is arguable, your affiant is applying for this warrant so that the investigation of this case does not stall,” officer David Lindman wrote the judge in the warrant application.

The good news is that Google, while they declined to specifically address the warrant, appears to be fighting it.

“We aren’t able to comment on specific cases, but we will always push back when we receive excessively broad requests for data about our users,” Google said in an e-mail to Ars.

If Google does comply with this order, the implications for what comes next are shocking, to say the least. Political activists, peaceful anti-establishment folks, and any generally but peaceful subversive individual could be identified and rounded up through this process. If ever there was a time to change your habits and begin using startpage.com, it is now.

As the Free Thought Project has previously reported, Google maintains a record of not only your entire search history but also your browsing history and voice recordings of all sounds associated before and after you say the words, “Okay Google.”

If you would like to know how to find out what Google has on you, how to stop it, and how to clear all of your data from their database, you can do so by clicking this link.