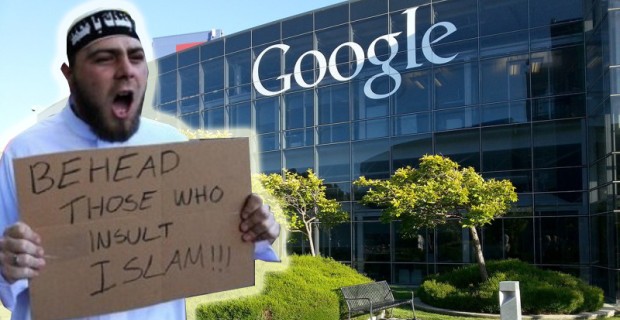 One of the examples cited by Google for what it now considers “upsetting-offensive” content that will be subject to flagging, de-listing and possible censorship is a website that describes the religion of Islam as “intolerant”.

Yesterday, the Associated Press reported that Google will begin directing teams of employees to flag content that is deemed “upsetting” or “offensive” and bury such websites in order to “improve the quality of its search results”.

“The new “upsetting-offensive” flag instructs quality raters to “flag to all web results that contain upsetting or offensive content from the perspective of users in your locale, even if the result satisfies the user intent,” according to the report.

SearchEngineLand.com, which originally broke the story, features an example of what would be buried if a user searched for the term “Islam” – an article entitled Proof that Islam is Evil, Violent, and Intolerant- Straight From the Koran by Jan Morgan, a public speaker and award-winning journalist who regularly appears on Fox News and has appeared on CNN.

The website in question contains numerous violent passages from the Quran and the Hadith that explicitly prove Islam is not a “religion of peace”.

Under Google’s new guidelines, such information would be flagged as “upsetting-offensive” and buried in Google search results because the page exists to “promote intolerance or hate”.

In reality, the page exists to expose the fact that the religion of Islam is intolerant and hateful towards non-Muslims, members of the LGBT community and others – a manifestly provable fact.

Put simply; Google is planning on filtering out politically incorrect information even if it is factually correct.

The fact is that Islam is intolerant – even in the west where a majority of Muslims living in the UK think homosexuality should be illegal – is incontrovertible.

In the Islamic world, female rape victims are killed or thrown in prison, girls and women are victims of honor killings, female genital mutilation and acid attacks, alleged adulterers are stoned to death and gay people are executed.

In what world is that not evidence of an intolerant belief system?

In targeting such information for censorship, Google is effectively becoming Sharia-compliant and making itself an apologist for what is clearly, by all objective standards, the most violent and intolerant belief system on the planet.