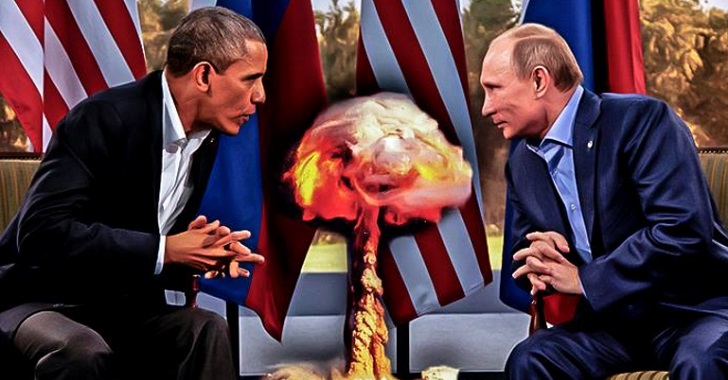 An overlooked interview of Maria Zakharova with Russia’s 1 TV Channel, Russia’s Foreign Affairs Spokesperson, on a national Russian TV show has brought insight into the frustration Russia encountered in dealing with the Obama administration over the years. Zakharova suggested President Barack Obama will go down in history as one of America’s evilest presidents.

In the program, Zakharova explains that Russia was warned countless times in 2015 during diplomatic talks that if they were to go into Syria to fight “terrorists,” their work would be undone by the media, which would label them the aggressor. This has clearly has been the case for the past year-and-a-half.

Zakharova continued:“[T]he media was one thing,” Zakharova noted. “The U.S. State Department and the White House, from the mouths of their official representatives, directly threatened to cause us pain.”

“Then, official Foreign Affairs representatives began to call upon their people to come out and protest in front of Russian embassies.”

“That which began in October 2015 – ended with the murder of our Ambassador in December 2016.”This is likely a reference to British Foreign Secretary Boris Johnson’s calls for anti-war protesters to target Russia.

“I’ll remind you of one more thing – we’ve talked about this – let’s remember the real attacks. Not those campaigns with plastic arms and legs in London, or posters in front of our embassies in the E.U., but the shelling of the Russian Embassy in Damascus,” Zakharova also noted.

She then vented her frustrations regarding the instances when Vitaly Churkin (another diplomat who died mysteriously last month) questioned attacks committed by NATO-backed rebels in Syria at the U.N. According to Zakharova, the same diplomats who promised that Russia would feel pain for intervening in Syria were the same people blocking statements condemning these attacks, hindering progress on the issue. In doing so, Zakharova was unable to confirm if she was referring specifically to former secretary of state John Kerry, though this appears to be the implication of her allegations.

Asked about Obama’s failure to offer condolences for the death of Russia’s ambassador in Turkey in December 2016, Zakharova responded:

“Obama, I think, is a unique person…But Obama is a person, and I mean, the whole administration under him, whose team — as it worked out on the international arena — was bad for everyone. I think during his 8-year term, under the pretext of their “exclusivity,” they became the subject of disgust for the entire world. That is my impression.”

“They did not deliver on any responsibilities they had to other nations, nor did they deliver on what the American people entrusted to them, on the international arena. This is an obvious thing.”

Zakharova didn’t hold back in her repeated criticism of the Obama administration.

“And the main thing – of course, I am not a lawyer or a human rights activist – but from a moral point of view they have committed crimes,” she added, apparently disregarding numerous allegations against Russia’s complicity in war crimes of their own. “They showed us that the strongest military has unlimited rights to create evil.”

“This is what’s going to go down in history for this administration. Let me say it again – they demonstrated that the strongest has the right to create evil.” [emphasis added]