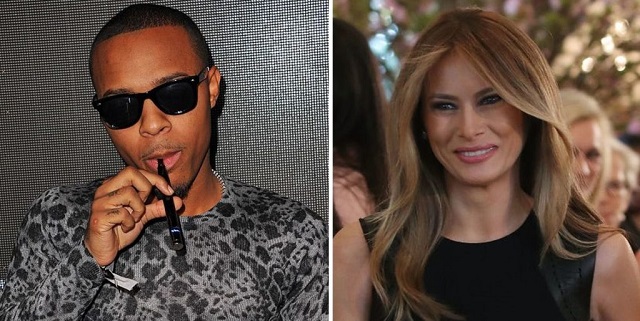 After rapper Snoop Dogg released a video in which he mock assassinates President Trump, his nephew “Bow Wow” threatened to enslave and “pimp” out first lady Melania Trump.

Shad Gregory Moss, aka “Lil Bow Wow,” wrote Wednesday on Twitter: “Ayo @realDonaldTrump shut your punk ass up talking shit about my uncle @SnoopDogg before we pimp your wife and make her work for us.” Moss’ tweet was in response to Trump saying earlier in the day: “Can you imagine what the outcry would be if @SnoopDogg, failing career and all, had aimed and fired the gun at President Obama? Jail time!”

Can you imagine what the outcry would be if @SnoopDogg, failing career and all, had aimed and fired the gun at President Obama? Jail time!

I’m no expert in the intricacies of our nation’s free speech and incitement laws, but it seems to me that telling retarded people it’s cool to assassinate the president and then having your nephew threaten to enslave the first lady and pimp her out may cross some lines.