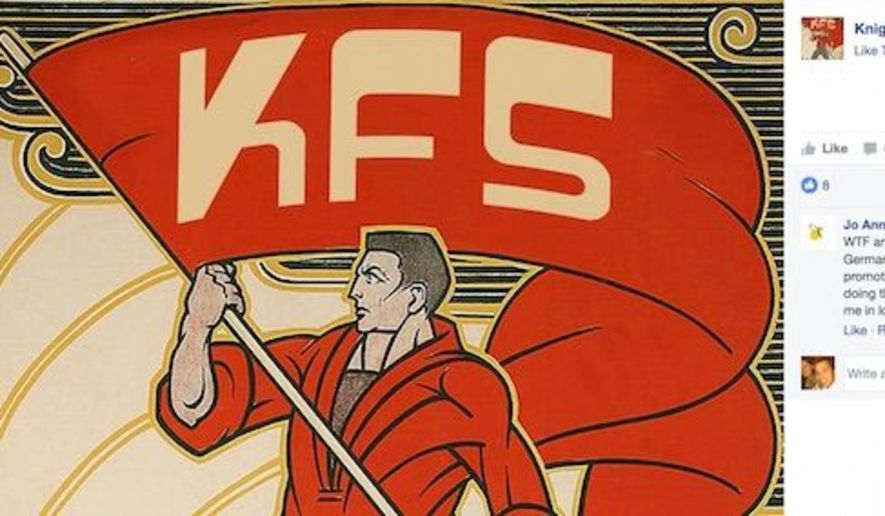 A student club at the taxpayer-funded University of Central Florida (UCF), Orlando, with an enrollment of about 55,000, openly advocates and trains members in “leftist fight clubs” to undertake violence against political conservatives.

The student club is called Knights for Socialism (KFS).

Thanks to a public records request by the nonpartisan D.C.-based citizens’ watchdog group Judicial Watch under Florida’s Sunshine Law, UCF released to Judicial Watch the records the university has on Knights for Socialism, which consist of:

The Constitution of the Knights for Socialism describes the student club as “a coalition of Marxist-Leninists, Anarchists and Democratic Socialists seeking to increase class consciousness” and its mission as:

“to establish a new society based on socialism in which democracy is extended from politics to the economy and where production of goods and services is based on human need instead of private profit, a society in which all exploitation has been abolished and where human rights will come before property rights.”

Campus Reform uncovered additional disturbing information about this explicitly Marxist student club which is not included in the documents that KFS submitted to the university.

On February 5, 2017, KFS held a “Leftist Fight Club” workshop, from which Republicans were banned, to teach students how to “BASH THE FASH”.

Note: The dictionary defines “bash” as “to strike with a heavy crushing blow”; “to beat or assault severely”. “FASH is the Left’s abbreviation for Fascists — their term for anyone who supports President Trump who, to them, is a new Hitler.

Below is KFS’s announcement of the workshop, “Leftist Fight Club: The Rumbles at Lake Claire,” on its Facebook event page, which not only has since been deleted from Facebook but also scrubbed from the Internet archive:

In response to the record number of hate crimes against Latinxs, Immigrants, Muslims, Women, the LGBTQIA+ community, Jews, African Americans and other minorities since the rise of Donald Trump and other Alt-Right Neo-Nazis, Knights for Socialism has decided to host a series of self-defense clinics for anyone that wants to learn how to BASH THE FASH.

*For our first seminar, a local amateur boxer will teach us the basics of hand to hand combat. Following his instruction, we will all have the opportunity to face off against one another and practice what we learned.

*We have have gloves and pads, no bare knuckles yet