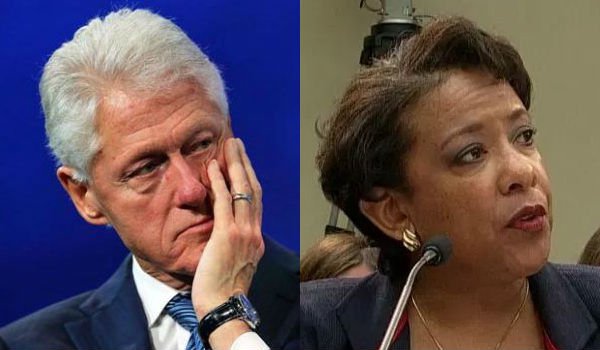 Watchdog group Judicial Watch has filed a lawsuit to gather information about the infamous tarmac meeting between former President Bill Clinton and then-Attorney General Loretta Lynch that took place in Phoenix, Arizona on June 27, 2016, a meeting which took place just ahead of FBI Director James Comey’s admission that Hillary Clinton committed a federal crime with her illegal private email server

, but would not seek an indictment.

In the four-page complaint, Judicial Watch mentions their first attempt on June 29, 2016 via a Freedom of Information Act request to obtain the following:

The Department of Justice received the request on July 5, 2106, according to US Postal Service records and the DOJ acknowledged receipt of the request on December 8, 2016, assigning request numbers to the request.

However, in the complaint dated March 8, 2017, Judicial Watch claims the DOJ has not produced the records, notified them, nor informed them of reasons why the information is being withheld.

The DOJ was subsequently held to produce the records by January 9, 2017. Therefore the complaint from Judicial Watch requests that the court:

Regrettable? I thought you guys were just talking golf and grandchildren. Why would that be regrettable, unless, you weren’t talking about that, but you were really discussing the wiretaps on then-candidate Trump? Judicial Watch wants answers now, and so do the American people.

“The infamous tarmac meeting between President Clinton and AG Lynch is a vivid example of why many Americans believe the Obama administration’s criminal investigation into Hillary Clinton was rigged,” Judicial Watch President Tom Fitton said. “Now it will be up to Attorney General Sessions at the Trump Justice Department to finally shed some light on this subversion of justice.”

For sure, if this meeting was about wiretapping, the FBI Director Comey should be able to release the information on that, unless he has been blackmailed by the Clintons.