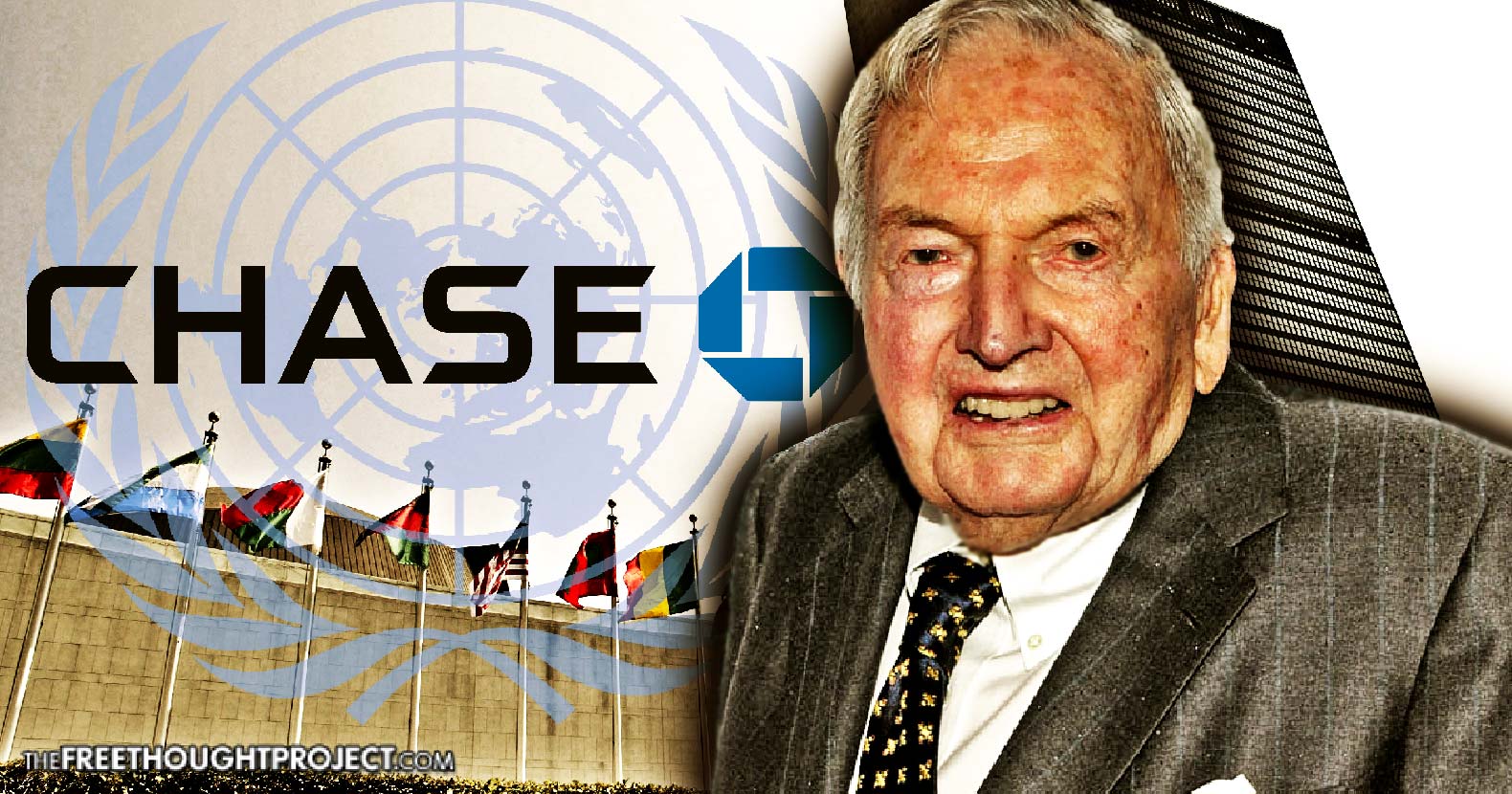 Multi-billionaire globalist David Rockefeller has died at the age of 101.

Rockefeller was the last surviving grandson of John D. Rockefeller, the founder of the Standard Oil Company, which he built into an oil empire that made him America’s first billionaire and transformed his family into one of the most powerful in the world.

David Rockefeller was a renowned banker and philanthropist who controlled Chase Manhattan bank for more than a decade. Rockefeller worked diligently to spread globalist neoliberal capitalism to the world, and in the process, wielded uncanny global political influence.

According to a report in the New York Times:

Chase Manhattan had long been known as the Rockefeller bank, though the family never owned more than 5 percent of its shares. But Mr. Rockefeller was more than a steward. As chairman and chief executive throughout the 1970s, he made it “David’s bank,” as many called it, expanding its operations internationally.

His stature was greater than any corporate title might convey, however. His influence was felt in Washington and foreign capitals, in the corridors of New York City government, art museums, great universities and public schools.

Mr. Rockefeller could well be the last of an increasingly less visible family to have cut so imposing a figure on the world stage. As a peripatetic advocate of the economic interests of the United States and of his own bank, he was a force in global financial affairs and in his country’s foreign policy. He was received in foreign capitals with the honors accorded a chief of state.

The businessman, who had an estimated fortune of $3 billion, retired as head of Chase Manhattan in 1981 after a 35-year career.

Rockefeller was known for his intimate embrace of international politics, as noted by the New York Times:

His forays into international politics also drew criticism, notably in 1979, when he and former Secretary of State Henry A. Kissinger persuaded President Jimmy Carter to admit the recently deposed shah of Iran into the United States for cancer treatment. The shah’s arrival in New York enraged revolutionary followers of the Ayatollah Ruhollah Khomeini, provoking them to seize the United States Embassy in Iran and hold American diplomats hostage for more than a year. Mr. Rockefeller was assailed as well for befriending autocratic foreign leaders in an effort to establish and extend his bank’s presence in their countries.

“He spent his life in the club of the ruling class and was loyal to members of the club, no matter what they did,” The New York Times columnist David Brooks wrote in 2002, citing the profitable deals Mr. Rockefeller had cut with “oil-rich dictators,” “Soviet party bosses” and “Chinese perpetrators of the Cultural Revolution.”

The billionaire died in his sleep at home in Pocantico Hills, New York, on Monday morning as a result of congestive heart failure, according to a family spokesperson Fraser P. Seitel.

In the statement from The Rockefeller Foundation confirming his death, he was described as “one of the most influential figures in the history of American philanthropy and finance, considered by many to be ‘America’s last great international business statesman’.”

Rockefeller is a prime example of the dominance of ruling elite oligarchy. He stood at the pinnacle of private/government collusion and was often used as an intermediary in diplomatic negotiations — a back channel.

Essentially, Rockefeller helped usher in an era of billionaire globalist domination over nation/state sovereignty. This influence is best summed up by David Rockefeller in a direct quote from his memoir:

“Some even believe we [Rockefeller family] are part of a secret cabal working against the best interests of the United States, characterizing my family and me as ‘internationalists’ and of conspiring with others around the world to build a more integrated global political and economic structure – One World, if you will. If that’s the charge, I stand guilty, and I am proud of it.”

Rockefeller did more to shatter the sovereignty of nations and push the world toward a one world globalist government than anyone else in history. Rather than allowing individuals to decide the trajectory of their own societies, men like Rockefeller have worked tirelessly to shape the world to operate by their own designs.