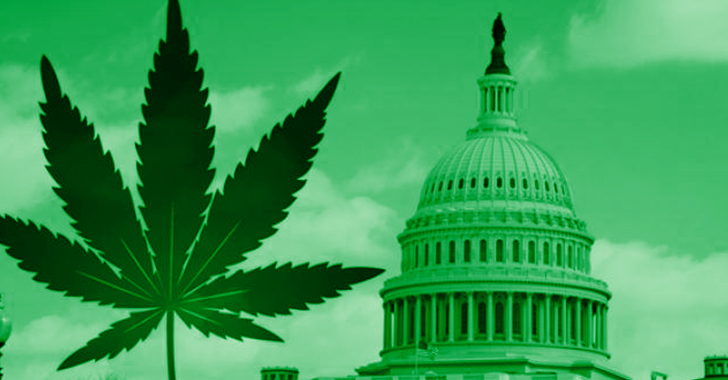 A profound shift in the federal government’s stance on cannabis was marked by subtle changes made this month to one webpage. The National Institute on Drug Abuse (NIDA), part of the National Institutes of Health, now has a webpage titled Marijuana as Medicine. Prior to March 2017, it was titled Is Marijuana Medicine?

Apparently, they feel the question has been answered. Of course, other agencies are still mired in prohibition, and those enforcing the immoral War on Drugs will still lock you up for having the plant.

The timing of NIDA’s update is very curious, as there are signs from the Trump administration that a crackdown may be coming on states’ cannabis legalization progress made over the last few years.

The Department of Justice is now headed by rabid prohibitionist Jeff Sessions, who cites falsehoods and Reefer Madness propaganda when discussing cannabis. Only a few days ago, Sessions said cannabis “is slightly less awful” than heroin – a mind-boggling display of ignorance. Trump chose to keep Chuck Rosenberg as head of the Drug Enforcement Agency (DEA), who said medical cannabis is “a joke” and oversaw the department’s decision to keep the plant as a Schedule 1 drug with “no medicinal use.”

Perhaps this stunning level of denial – in the face of overwhelming scientific evidence of cannabis’ ability to treat a variety of ailments – prompted NIDA to make their change. Twenty-eight states have legalized medical cannabis in some way, eight more have legalized its recreational use, and more states are set to join the list. They aren’t doing this on a whim; decriminalizing medical use is an acknowledgment of cannabis’ power as medicine.

Some would argue that the U.S. Dept. of Health and Human Services 2001 patent 6630507 called “Cannabinoids as antioxidants and neuroprotectants” was a tacit acknowledgement of medial cannabis. But still, no government agency admitted the obvious conclusion.

In 2015, the federal government unwittingly admitted cannabis is medicine in 2015 when the National Cancer Institute supported a study finding that cannabis kills cancer cells. Now, with the revised webpage title, NIDA appears to have moved beyond a reasonable doubt.

“The term medical marijuana refers to using the whole, unprocessed marijuana plant or its basic extracts to treat symptoms of illness and other conditions. The U.S. Food and Drug Administration (FDA) has not recognized or approved the marijuana plant as medicine.

Because the marijuana plant contains chemicals that may help treat a range of illnesses and symptoms, many people argue that it should be legal for medical purposes. In fact, a growing number of states have legalized marijuana for medical use.”

The webpage now has an informational box on CBD and Childhood Epilepsy. This is a rather dramatic inclusion, as cannabidiol (CBD) has become a very promising treatment for childhood epilepsy. At the Dec. 2015 meeting of the American Epilepsy Society, the largest study presented there confirmed the astounding benefits of medical cannabis to treat seizures.

There is now a better explanation of cannabinoids, making a distinction between those naturally derived from the plant and those manufactured in a lab. NIDA also acknowledges the “state-approved medicinal use of marijuana,” and says “continued research [on cannabinoids] might lead to more medications.”

Indeed, we are only just beginning to unlock the secrets of the body’s endocannabinoid system, and using cannabis to stimulate this system for relieving inflammation which is thought to be the cause of many diseases.

Interestingly, the NIDA update also removed a link to WhiteHouse.gov regarding state laws, because the Trump administration removed the White House page explaining state cannabis laws. It appears that talk of respecting states’ rights may be just another Trump lie.

Kudos to NIDA for taking a step in the right direction and being the first federal entity to explicitly acknowledge cannabis as medicine.