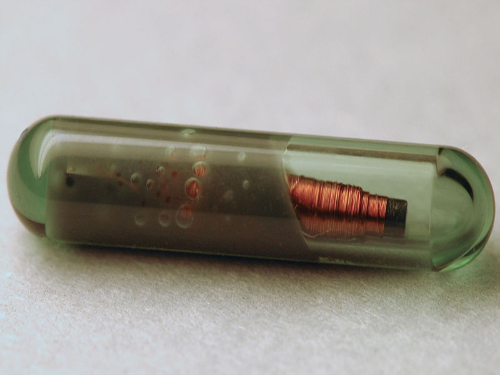 If someone walks into a hospital and claims that they’re being tracked, and that they need to have a tracking device removed, there’s a pretty good chance that they’re going to be sent to a mental institution instead. However, according to a doctor who wished to remain anonymous to protect his patient, that very situation occurred last October and it didn’t end how you might expect.

The patient in question was a 28-year-old woman who claimed that she had a GPS tracking device planted in her body. Normally a patient like that would be regarded as crazy, but this woman appeared totally sane, and she had an incision mark on her side. So the doctor decided to check her out anyway. The medical staff at the hospital were stunned when they finally gave her an x-ray.

“Embedded in the right side of her flank is a small metallic object only a little bit larger than a grain of rice. But it’s there. It’s unequivocally there. She has a tracker in her. And no one was speaking for like five seconds — and in a busy ER that’s saying something.”

It turns out that it wasn’t a GPS device, but an RFID chip. “It’s used to tag cats and dogs. And someone had tagged her like an animal, like she was somebody’s pet that they owned.”

In a way, that makes it even creepier than a GPS device. RFID chips have a very short range. To be useful for tracking someone’s position, they would have to be kept confined in an area where the right equipment is in place to send or receive signals from the chip. The doctor would later discover that this woman was a victim of sex trafficking.

Science fiction has been warning about the potential of tracking devices for years, but usually in reference to how the government might use this technology. It just goes to show that the way humans use technology in the real world is often stranger (and creepier) than fiction.