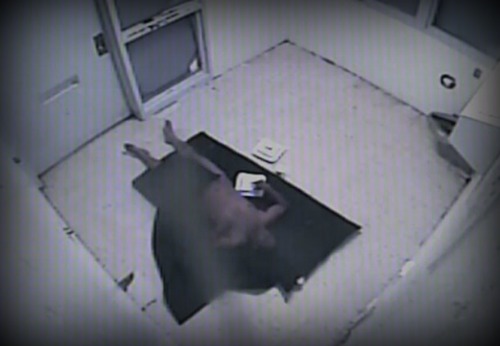 On Monday, a federal jury awarded the family of Elliott Williams more than $10 million after a wrongful death lawsuit against the Tulsa County Sheriff’s Office.

Williams, a 37-year-old Army veteran, somehow broke his neck while he was incarcerated (how remains a mystery), which resulted in paralysis.

He was left on the floor of a cell in the Tulsa Jail’s medical unit for five days.

Let that sink in: After five days of being left cold, naked, soaked in his own urine and covered in his own feces, unable to move – Williams died alone on that jail floor.

Williams was arrested by Owasso police in the lobby of a Residence Inn by Marriott hotel.

His only alleged crime was a misdemeanor for obstruction, but Williams died in custody before the formal charges could be filed.

While Williams was in his cell, incapacitated, food and water were brought to him but he was unable to reach them; jail officials taunted him and accused him of faking his injuries.

On Monday, the jury returned after deliberating for around 10 hours and found that Williams’ civil rights were violated by both the Tulsa County Sheriff’s Office and former Sheriff Stanley Glanz, who was ordered to pay the family an additional $250,000 in punitive damages from his own pocket.

The money may come from a “Sinking Fund.” The fund is filled with money from property taxes, and local residents can expect an increase in their property taxes if this source is used, reports Fox 23. While the estate deserves to be compensated for this horrific death, shouldn’t the ones who caused it be held financially responsible?

Williams, an Army veteran, was brought to the jail on October 21, 2011, following an altercation with Owasso police, Tulsa World reports:

According to testimony and court records, Williams suffered a “mental breakdown” stemming from his separation from his wife and his mother’s cancer diagnosis. Owasso officers pepper-sprayed and arrested the 37-year-old man on an obstruction complaint when he reportedly took a step toward them and said he wanted to be shot.

Police initially booked Williams into the Owasso Jail but soon transferred him to the county lockup in Tulsa with the expectation that he would receive proper treatment. Rather than undergoing the jail’s screening process or a mental health assessment, however, Williams was placed in a holding cell because he had been “acting up,” Glanz previously testified.

His only alleged crime was a misdemeanor for obstructing an officer, but Williams died in custody before the formal charges could be filed.

Smolen told jurors Williams had a great smile, a light heart, and passion for preaching, reports The Frontier. Williams wasn’t a career criminal; he had a mental breakdown. He had no felony record, Smolen explained.

How did Williams break his neck? Multiple theories have been presented, but Sheriff’s Office officials insist that he broke his own neck when he rammed his head into the holding cell door. Williams also reportedly fell 4 feet from a gurney after being arrested.

The seriously injured man then repeatedly told staff he couldn’t move his legs, and he eventually was taken to the medical unit, even though nurses and detention officers claimed they thought he was faking his condition.

Former Tulsa County Sheriff’s Office Capt. Billy McKelvey was the first witness to give testimony in the civil trial.

His findings are chilling:

McKelvey concluded more than 20 jail and medical staffers came into contact with Williams.

Williams was picked up from his holding cell, put on a gurney and wheeled to medical where his clothing was “ripped” off his body. After that, he was dumped onto his back into a shower and left there for about two hours, McKelvey said his investigation found. Williams repeatedly told detention and medical staff he couldn’t move. When jail staff took Williams from the shower, he was picked up by his arms and legs and dragged to a cell using a blanket.

No one in the jail called 911 until the very end when Williams was already dead, McKelvey said. He said at the time Williams injured his neck, there was a “practice” of pointing fingers at the jail’s healthcare provider.

A testimony in the investigation from Christopher Leverich, a detention officer at Tulsa’s jail when Williams died, said he saw Willaims lying in the shower on his stomach screaming “help me.”

“Did he find the help he was looking for?” Smolen asked McKelvey.

Jail records state that Williams was eating and receiving medical attention, but the surveillance video tells a very different story.

Dan Smolen, an attorney for the Williams estate, told KRMG the case was unprecedented, in his experience:

It’s the only case that I’m aware of, not just here locally in Tulsa but really nationally, dealing with people held in a detention setting where the records depict one thing happening, but the reality of what’s truly happening is caught on film over such an extended period of time.

We believe that this prolonged and reckless neglect, in the way that they treated Elliot Williams in the Tulsa County jail, really constitutes one of the worst civil rights violations in US history.

An autopsy revealed Williams died of complications from the broken neck and severe dehydration.

During the first day of the trial, jurors saw the last 51 hours of William’s life captured by the jail’s surveillance cameras.

The graphic video, which was sped up to only last 10 minutes, shows Williams lying motionless on the floor while detention and medical staff walk by, ignoring his cries for help. Guards throw food into his cell and place water just out of his reach.

Williams’s estate sought $51 million in compensatory damages from Glanz and the Tulsa County Sheriff’s Office, who were accused of being deliberately indifferent to Williams’ medical needs.

In explaining their rationale for the amount requested, attorneys said they wanted $1 million for every hour Williams lay paralyzed and covered in his own excrement in the cell where he died.

An autopsy report found that Williams died from complications of a broken neck and exhibited signs of dehydration.

Smolen said the verdict should serve as a wake-up call for the Tulsa County Sheriff’s Office and its former sheriff.

“I just hope that the county takes it seriously and they do something,” Smolen told Tulsa World.

Kevin Williams, Elliott’s brother, said he was satisfied with the jury’s decision, but he called for criminal charges to be filed.

“No amount of money is going to bring him back. People need to be going to jail. There needs to be criminal charges filed,” Williams said.