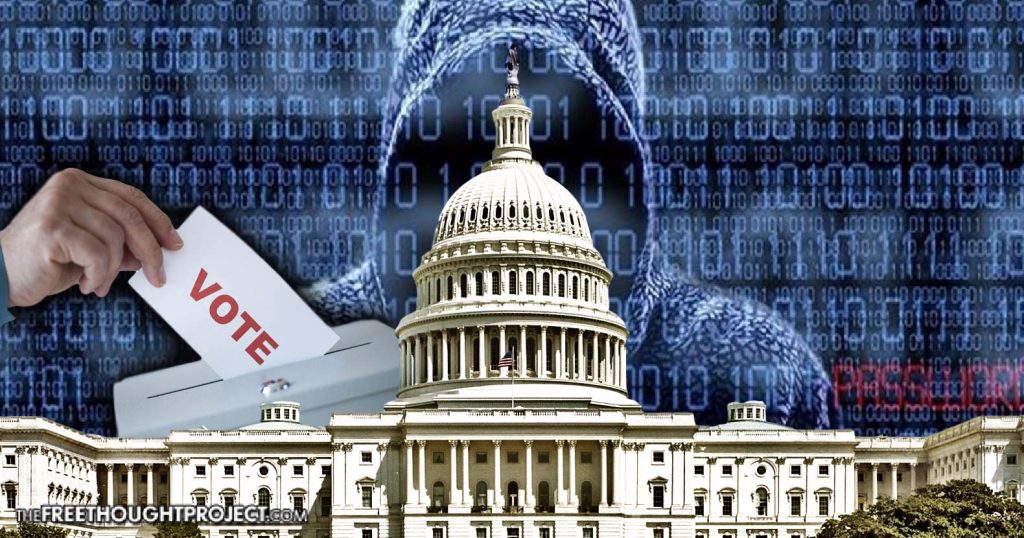 Ask an average American who makes a habit of following government-mouthpiece corporate media about interference in national elections and you’ll likely elicit a nebulous response concerning Russian hackers and a plan to install Donald Trump in the White House — but you probably won’t hear a single syllable pertaining to United States government’s actual attempts to do the same.

On Monday, FBI Director James Comey confirmed for the first time publicly the bureau is officially investigating hotly contentious allegations of Russian meddling in the U.S. election — but, even if proven true, such geopolitical escapades better characterize the routine behavior of accuser than of accused.

“The F.B.I., as part of our counterintelligence effort, is investigating the Russian government’s efforts to interfere in the 2016 president election,” the director announced, adding the bureau would conduct a probe to discern whether Trump’s associates had contact with Russian officials.

Despite that the U.S. has hypocritically exerted influence over foreign elections in all corners of the globe — in fact, it has arrogantly done so a whopping 81 times between 1946 and 2000, alone — with just one-third of those operations undertaken overtly.

US agencies have interfered with 81 elections not including coups. #CIA

For months, mainstream media parroted murky accusations hurled by politicians — keen to point a finger of blame for the apparently stultifying victory of a former reality television host on someone — that The Russians had somehow surreptitiously undermined the election-centric foundation of American Democracy.

While that has yet to prove true, this new Red Scare constitutes a duplicitous attempt by the pot to call the kettle … an election meddler.

Researcher Dov Levin of Carnegie Mellon University’s Institute for Politics and Strategy — an expert on the topic at hand — discussed the lengthy but incomplete list of times the U.S. government has interfered in other nations’ elections with NPR’s Ari Shapiro.

“One example of that was our intervention in Serbia, Yugoslavia in the 2000 election there. Slobodan Milosevic was running for re-election, and we didn’t want him to stay in power there due to his tendency, you know, to disrupts the Balkans and his human rights violations.

“So we intervened in various ways for the opposition candidate, Vojislav Kostunica. And we gave funding to the opposition, and we gave them training and campaigning aide. And according to my estimate, that assistance was crucial in enabling the opposition to win.”

Levin reiterated the more blatant methods with which the U.S. asserts dominance — through the overt coups or all-out regime changes branding the nation a notorious interventionist — are not among the list of the 80-plus attempts to manipulate the electoral outcome.

As for the issue of pot versus kettle, Levin explained that — although Russia and other powerful nations indisputably employ similar tactics — the United States has been quite prodigious in its effort.

“Well, for my dataset, the United States is the most common user of this technique. Russia or the Soviet Union since 1945 has used it half as much. My estimate has been 36 cases between 1946 to 2000. We know also that the Chinese have used this technique and the Venezuelans when the late Hugo Chavez was still in power in Venezuela and other countries.”

As sanctimoniously as U.S. politicians cry foul about The Russians, it would behoove the new McCarthyites to reflect on the nation’s sticky imperialist fingerprints around the globe — like that time in 1996, when the United States undertook an extensive, secret operation to ensure the presidency of Boris Yeltsin.

That is, of course, former President Boris Yeltsin — of the Russian Federation.