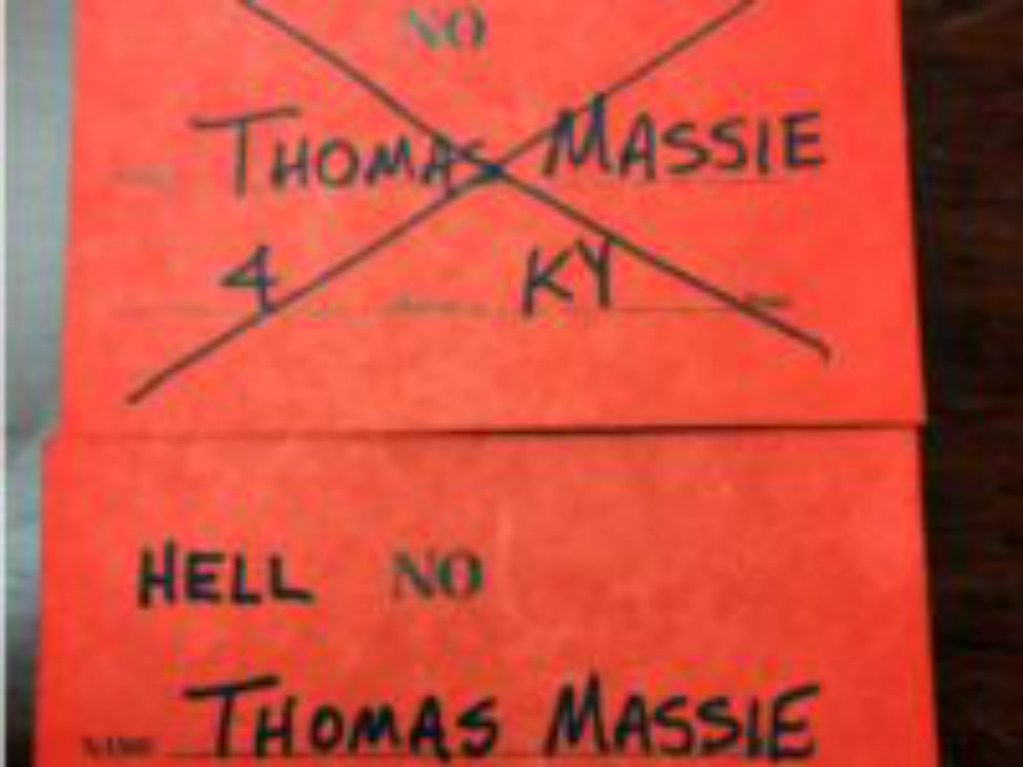 Rep. Thomas Massie (R-KY) has been a voice in the wilderness in the House of Representatives. Just ahead of Thursday’s House vote on the American Health Care Act, aka RINOCare, the Kentucky congressman has changed his vote from “no” on the bill to “hell no.”

Press Secretary Sean Spicer said during Wednesday’s press briefing that “member by member, we’re seeing tremendous support flow in our direction.” The White House has claimed, “the count keeps getting stronger for us.”

Then, just a few hours after Spicer’s comments, Rep. Massie tweeted out his vote to the people he represents, “Sorry if I let you down. I’m changing my vote on #AHCA.”

Sorry if I let you down. I'm changing my vote on #AHCA pic.twitter.com/JLUotqaO9L

Republicans can only afford to lose 22 votes in the House and word is that the Freedom Caucus has at least 24 in opposition to the bill. Should the bill pass the House on Thursday, it will move on to the US Senate, where there have been Republicans who have attacked it as Obamacare Lite and have said they will not support it. One of those senators is Rand Paul (R-KY). Tom Cotton is another.

Paul has stated, “I can’t vote for a plan that is Obamacare Lite, and also keeps all the fundamental problems…”

“I can't vote for a plan that is Obamacare Lite, and also keeps all the fundamental problems…" https://t.co/IVUn9xBNEo

Senator Rand Paul is the only person in DC that I’ve seen put forth a bill that is even close to being constitutional and actually seeks to open the free market where health insurance is concerned.

Why is his bill not being given consideration? I’ll tell you why. The GOP wants to rename Obamacare and control it.