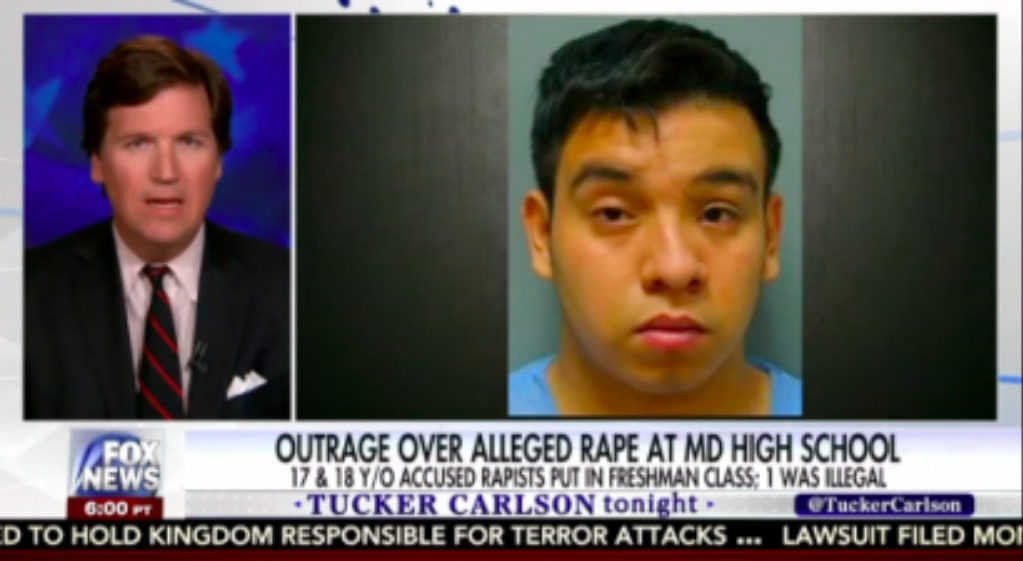 The narrative must not be destroyed…even if an American citizen (child) is raped and sodomized. Shame, shame, SHAME on the State Run Media (SRM).

Attention SRM: Read the police report here. The VICTIM of this rape by an illegal alien had her 14-year-old anus penetrated by the illegal alien’s penis. She replied “stop” several times during her rape. Before penetrating the child/victim in the anus, the illegal alien forced his penis inside the victim’s mouth. She cried out IN PAIN.

SHAME on you for not reporting the truth to protect your narrative. SHAME ON YOU!

From Newsbusters: The “big three” networks of ABC, CBS, and NBC continued their shameful blackout into Wednesday night of the horrifying alleged rape of a teenage girl in a Washington D.C. suburb high school bathroom by two men, including one here in the U.S. illegally.

Instead, the pathetic liberal media that’s shown no interest in the Rockville High School case complied with Rolling Stone in giving over 10 minutes of coverage in two days to the fake 2014 claim that a University of Virginia fraternity gang raped a female student.

Before breaking down how blind the media were in furthering a narrative about college fraternities and sexual assault (which can be a noble cause), the pro-illegal immigrant media were surely displeased with the Fox News Channel’s Special Report as it again offered a story on the events in Montgomery County, Maryland.

Fill-in host James Rosen noted that “the Maryland State House of Delegates has approved a bill to make Maryland a sanctuary state…just days after Maryland authorities charged two immigrants, one of them confirmed to be here illegally, in the alleged rape of a 14-year-old girl in a Rockville High School bathroom.”

Correspondent Doug McKelway provided the latest from the school and told viewers how the cowards with the school district banned TV cameras from Tuesday’s packed PTA meeting as “[t]he red-hot controversy…lit up social media.”

McKelway also noted how the school district has shifted their focus from the rape to blaming average citizens for being outraged about how such a thing could have happened.

At the same time, local and state Democrats went ahead with their desire to make Rockville and Maryland a sanctuary city and state, respectively. This was despite strong opposition from Republican Governor Larry Hogan.