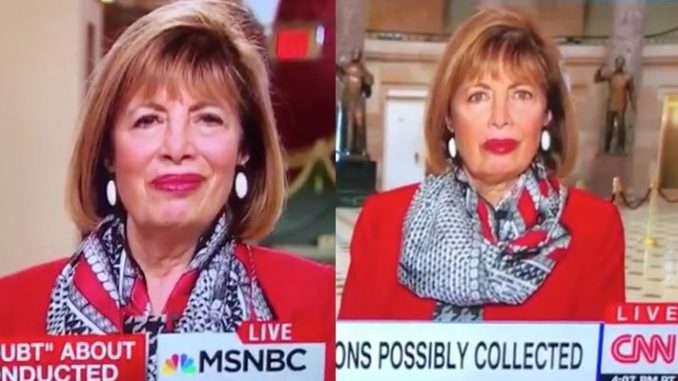 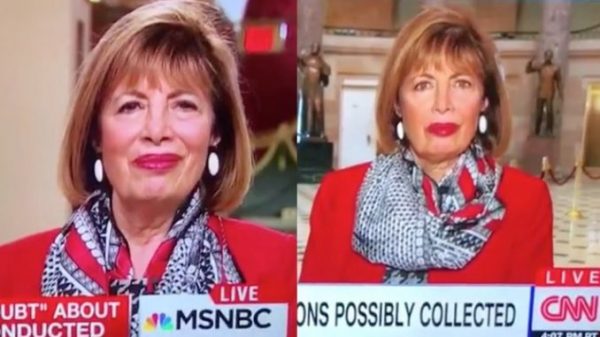 A viewer of CNN and MSNBC caught both networks airing a supposedly “live” interview with congresswoman Jackie Speier at the exact same time.

One of these fake news channels is clearly lying.

The evidence points to the liar being the “very fake news” channel CNN.

The interviews were being aired at 7:07 PM on Wednesday.

On Rep. Jackie Speier’s twitter feed we can see she said she was being interviewed by OutFront CNN at 6:25 PM.

She then tweeted she was being interviewed by Chris Matthews at 7:08 PM, which was exactly when the interview aired.

CNN is “very fake news” which lies to their viewers about literally everything. Why are they even allowed on air?