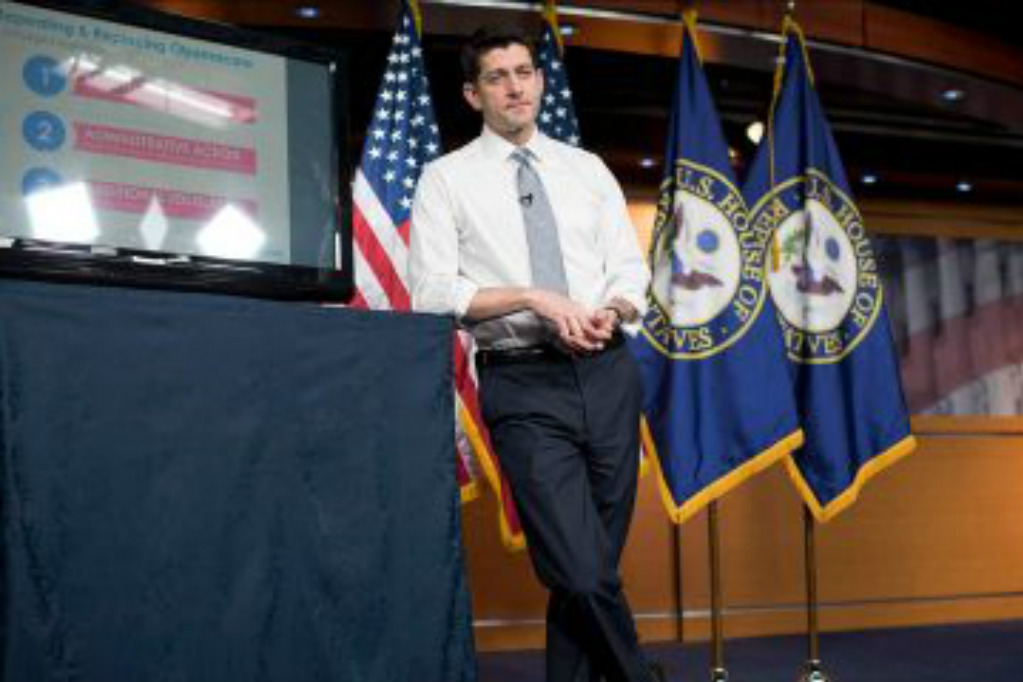 Gun Owners of America has come out against the American Health Care Act, aka RINOCare, because it continues to have measures in it that allow doctors, insurance companies and the Bureau of Alcohol, Tobacco, and Firearms to use medical records to push a gun control agenda, something our Constitution specifically says cannot be done lawfully.

GOA openly opposed Obamacare because of the threats to the rights of Americans that are protected under the Second Amendment. This has led to them voicing concern about what it calls the “Son of Obamacare” bill put forward by House Republicans.

ObamaCare has given the federal government the ability to use (and abuse) medical data as a pretext for keeping law-abiding gun owners from possessing firearms — just as the feds have already done to more than 257,000 military veterans.

“Unfortunately, Paul Ryan’s ‘Son of ObamaCare’ does not eliminate GOA’s concerns,” wrote GOA Legislative Counsel Michael Hammond. “The reasons why conservatives around the country are upset with the “Son of ObamaCare,” which is still unnumbered, are not hard to figure out.”

Hammond then listed the following:

“And what that means is that people who pay no taxes get a big check from the government,” Hammond added, noting something I pointed out earlier. “How is that different from subsidies under ObamaCare Prime?”

GOA does not oppose repealing the Obamacare tax increases, but believes if that it the “big benefit of the bill, then it is a benefit for big business, but the problems continue to exist for everyone else, just like Senator Rand Paul (R-KY) has said.

The problems exist because Republicans are claiming to repeal and replace Obamacare. There needs to be a simple bill that simply makes null and void every facet of the Affordable Care Act, ending it completely as soon as possible. Then there need to be Constitutional measures that Congress may legislate that opens up the free market without making demands on insurance companies as to what they have to provide.

In speaking of the third alteration, Hammond said, “If this were the case, that database would become an de facto national gun registry.”

While GOA claims that Paul Ryan’s stand on this bill concerning these particular issues is a “rookie error,” I beg to differ. This is a guy that has demonstrated time and again that he is not a conservative, but a progressive in many ways. He is for big government. If his advancement of the Omnibus bill last year was not enough to convince you, then there is no hope in convincing you.

“Unless the House passes HIS bill, Ryan is threatening to ‘take his marbles and go home’ — thereby leaving ObamaCare in place,” wrote Hammond. “It would be very difficult, in 2018, for Republicans to lose both the House and Senate — as a result of the ‘electoral math.’ But carrying through with the Ryan threat could well achieve the impossible.”

There’s no doubt the bill is bad, horribly bad. Even as I listened to Vice President Mike Pence on Wednesday talk about the bill as being good and how he fought against big government as governor of Indiana, he then followed it up as to how he utilized big government Medicaid to a great advantage in the state!

RINOCare is big government. It is still unconstitutional in the way it is presented, not just on the issue of guns, but through subsidies and other socialist programs. Make no mistake, Republicans have the power and opportunity to fully repeal Obamacare and actually write constitutional legislation that would open up the free market in the health insurance world, but they are blowing it big time!