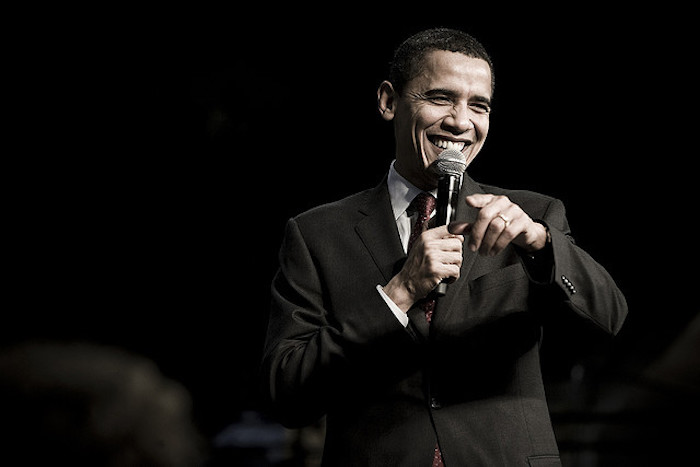 (INTELLIHUB) — Former NSA and CIA contractor Dennis Montgomery has direct evidence of massive Obama era spying that targeted prominent Americans throughout the country, according to a report by Freedom Watch founder Larry Klayman.

According to Klayman, as well as multiple other sources, Montgomery left the intelligence community with 47 hard drives and over 600 million pages of information which he then sought to come forward with in a legal manner before being stonewalled at all levels of the government.

The information taken by Montgomery includes proof of systematic illegal surveillance of prominent Americans, including the chief justice of the Supreme Court, 156 judges throughout the country, and prominent businessmen like now president Donald Trump.

After attempting to come forward with this shocking information, including to Senator Charles Grassley, Montgomery was denied and eventually turned to Freedom Watch and its founder Larry Klayman who later secured an interview between the whistleblower and agents with the FBI.

Klayman continued, “This interview, conducted and videoed by Special FBI Agents Walter Giardina and William Barnett, occurred almost two years ago, and nothing that I know of has happened since. It would appear that the FBI’s investigation was buried by Comey, perhaps because the FBI itself collaborates with the spy agencies to conduct illegal surveillance.”

That’s right, the FBI was given this information almost two years ago but continues to ignore it while at the same time investigating discredited claims of ties between Trump and Russia and ignoring requests from Congress about possible Obama spying on the Trump team.

Keep in mind, this dovetails with Intellihub’s recent reporting that the FBI is now seemingly working directly against the Donald Trump White House.

As I wrote yesterday, “Just hours after revealing that members of the Trump transition team, as well as possibly the president himself, were under U.S. government surveillance following the election, House Intelligence Chairman Devin Nunes dropped another bombshell when he told reporters outside the White House that the FBI was not cooperating with his investigation into the wiretap claims.”

“After briefing President Trump on the government surveillance that the establishment media has repeatedly claimed didn’t happen, Nunes told reporters that sources within the intelligence community had revealed the spying but that the FBI had not even responded to a March 15th letter seeking information about the Trump wiretap claim!”

To recap, we now know that not only is the FBI stonewalling requests for information from Congress, they also have apparently been holding back key information given to them two years ago that proves the mass surveillance of prominent Americans.

Can you say cover-up?