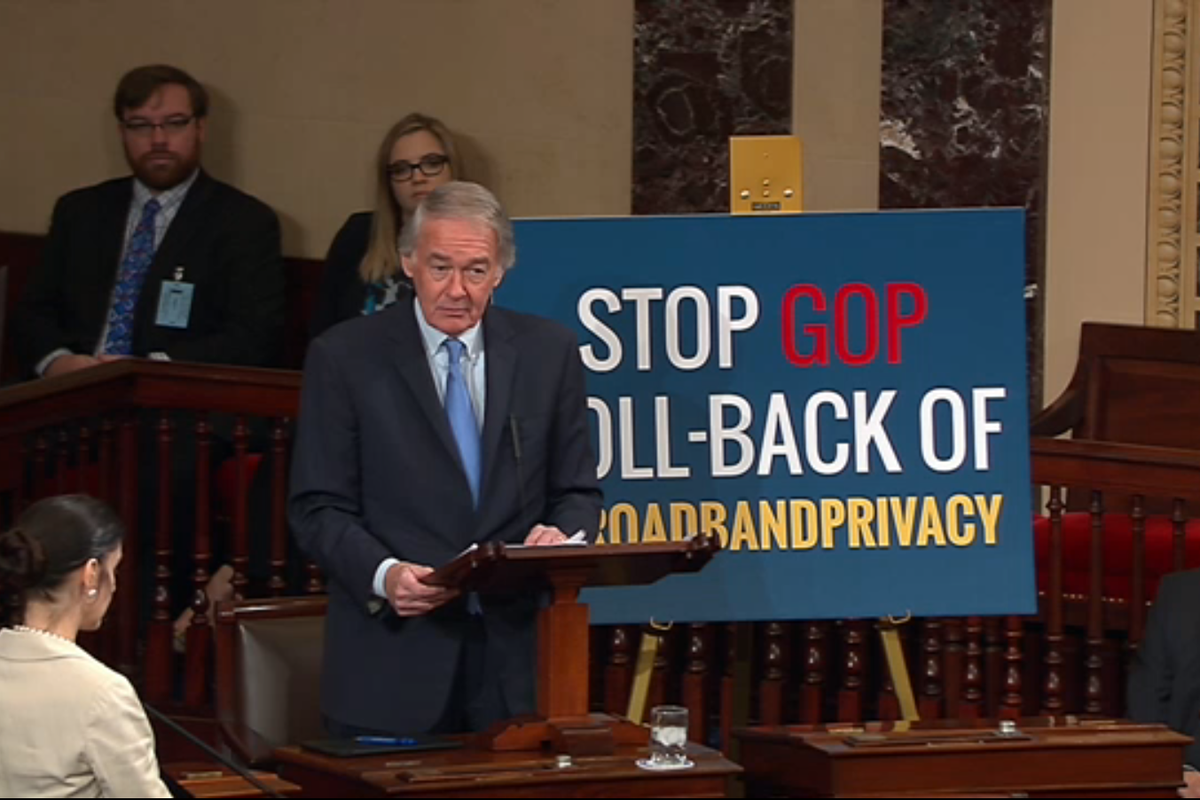 (PNO) Despite widespread disapproval from constituents, S.J.Res 34 has passed the United States Senate with a vote of 50-48, with two absent votes. Thursday, at 12:25 Eastern March 23, 2017, the US Senate voted on S.J.Res 34, and will use the Congressional Review Act to strip away broadband privacy protections that kept Internet Service Providers (ISPs) and telecoms from selling your internet history and app data usage to third parties. S.J.Res 34 was first introduced by 23 Republican Senators earlier this month and its blitz approval is a giant blow to privacy rights in the United States.

The resolution, which is now effectively half passed, will hand responsibility of broadband privacy regulation from the Federal Communications Commission (FCC) to the Federal Trade Commission (FTC) and disallow the FCC from making any rules protecting Internet privacy ever again.

The 50 Senators that voted for S.J.Res 34 are (thanks to happyxpenguin):

The Senators that voted for this have been lobbied by the telecoms and ISPs. Those in support of this stripping of privacy rights have even filed with the FCC attempting to claim that web history and app data usage information is not sensitive information. The EFF put it concisely: Senate Puts ISP Profits Over Your Privacy. Now, the only chance to maintain the hard earned FCC broadband privacy rules lies in defeating H.J.Res 86, the House version of this resolution, which will likely be voted on in the House of Representatives within the next month. It’s up to us to Save Broadband Privacy and make sure that we Don’t Let Congress Undermine Our Privacy.

via The Anti Media