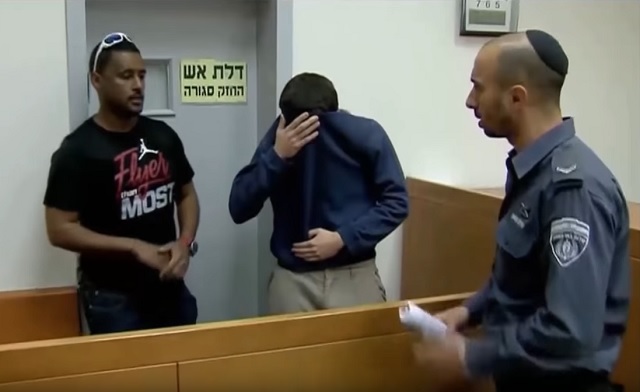 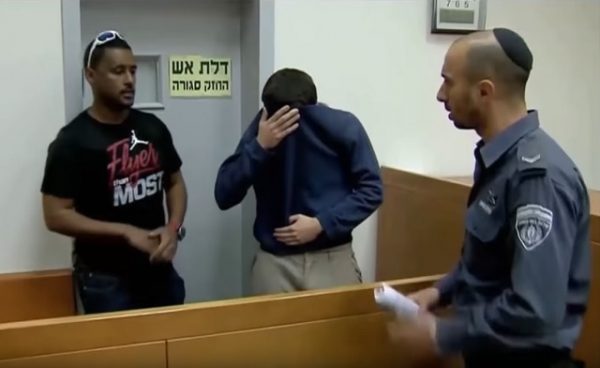 A 19-year-old Jewish teenager with dual Israeli-American citizenship was arrested Thursday by Israeli police as the “main suspect in a wave of bomb threats against Jewish community centers in the United States,” the AP reports.

President Trump was viciously attacked in February for suggesting the threats may have been a false flag to “make people look bad.”

The ADL and other far-left Jewish groups, without any evidence, blamed “white supremacists” who were “embolden by Trump” for being behind the calls.

It turns out Trump was entirely right and they were entirely wrong.

JERUSALEM (AP) — Israeli police on Thursday arrested a 19-year-old hacker who they said was the main suspect in a wave of bomb threats against Jewish community centers in the United States, appearing to crack a case that has sent a chill through the American Jewish community.

The surprising arrest of the Jewish man, who holds dual Israeli and American citizenship, came after a trans-Atlantic investigation with the FBI and other international law enforcement agencies. U.S. Jewish groups welcomed the breakthrough in the case, which had raised concerns of rising anti-Semitism and drawn condemnation from President Donald Trump.

Israeli police described the suspect as a hacker, but said his motives were still unclear.

“He’s the guy who was behind the JCC threats,” police spokesman Micky Rosenfeld said, referring to the scores of anonymous threats phoned in to Jewish community centers in the U.S. over the past two months.

…Police said he used sophisticated “camouflage technologies” to disguise his voice and mask his location. They said a search of the teen’s home uncovered antennas and satellite equipment.

“In sophisticated cyber activity that I cannot detail, we obtained what we obtained and of course exposed him and his equipment,” national police chief Roni Alsheich told reporters. “This does not bring honor to the state of Israel of course. But I think it does bring respect to Israel’s police.”

Despite being proven entirely wrong, ADL chief Jonathan Greenblatt comically said it was “crystal clear” this Jewish kid is an “anti-Semite.”

The ADL tweeted Thursday that it was “relieved and thankful” a suspect was caught, and that despite there not being an obvious motive, the “impact of this individual’s actions is crystal clear: These were acts of anti-Semitism.”

“Even though it appears that the main culprit behind the majority of these attacks has allegedly been identified, anti-Semitism in the U.S. remains a very serious concern,” ADL CEO Jonathan Greenblatt said in a statement. “No arrests have been made in three cemetery desecrations or a series of other anti-Semitic incidents involving swastika graffiti and hate fliers. JCCs and other institutions should not relax security measures or become less vigilant.”

The Washington Post said Greenblatt and the entire top brass at the thoroughly disgraced ADL need to resign immediately.

“Self-serving groups such as the Anti-Defamation League chose to hype and politicize the threats without any idea of their actual origin,” David Bernstein wrote. “The ADL’s board of directors needs to clean house to regain credibility, starting with anyone who publicly attributed the bomb threats to emboldened white supremacists.”

They actually need to apologize to Donald Trump and all his supporters they viciously demonized to advance purely political aims. All their transparent propaganda campaigns directed against Trump and his supporters are directly in violation of their 501(c)(3) status which forbids them from taking a position on behalf of or in opposition to any candidates for office. The ADL opposed Trump from the very beginning and viciously attacked him as an anti-Semite throughout the campaign. They need to lose their tax-exempt 501(c)(3) status immediately and be made to register as Democrat lobbyists.