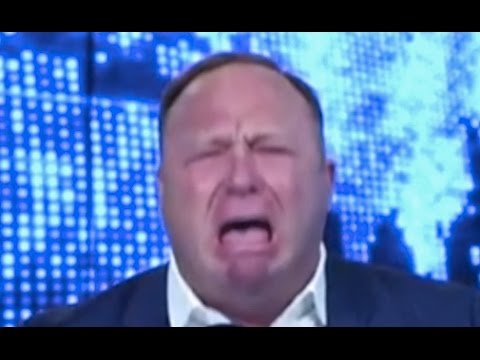 “Pizzagate” is the term given to speculations and assertions that there is a pedophile network connecting powerful Democratic Party élites and two Washington, D.C. pizzerias, Besta Pizza and Comet Ping Pong. The latter is owned by James Alefantis, listed by GQ as the 49th most powerful person in D.C. and a former boyfriend of Clinton crony and Democratic Party operative David Brock of Media Matters.

Below is a picture that Alefantis posted to his Instagram account (source: The Tap Blog). After this and other pictures were uncovered by 4chan, his account is no longer accessible to the public:

Given the gravity of the accusations and the many compelling circumstantial evidence, it is curious that no official investigation has been made by either law enforcement or the MSM. See “Failure of American Journalism: Pizzagate and the muzzling of Ben Swann”.

Yesterday, March 25, beginning at 11 a.m., there was  a peaceful demonstration in Lafayette Park across from the White House, asking for an official investigation into Pizzagate.

Friday, on the eve of the planned March on D.C. against pedophiles, InfoWars’ Alex Jones publicly apologized for having propagated fake news (“an incorrect narrative”) on Pizzagate.

Jones’ apology was specifically directed at Alefantis who, last month (February 2017), wrote Jones asking that InfoWars retract statements made about Alefantis although:

Despite all that, Alex Jones still felt compelled to issue a public apology, not just to Alefantis, but for participating in the Pizzagate narrative in general. Moreover, Jones blames his Pizzagate involvement on others — “third party accounts of alleged activities and conduct at” Comet Ping Pong, as well as “accounts of reporters who are no longer with us.”

Here is Alex Jones’ “A Note to Our Listening, Viewing and Reading Audiences Concerning Pizzagate Coverage” (I added the bold highlight in red):

Last fall before the Presidential election, a large number of media outlets began reporting on allegations arising from emails released by Wikileaks that appeared to come from John Podesta, who served Presidents Clinton and Obama and was the chairman of Hillary Clinton’s presidential campaign.

Dozens of those stories and articles raised or discussed theories that some of Podesta’s emails contained code words for human trafficking and/or pedophilia. Stories also included allegations connecting members of the Democratic Party with a number of restaurants involved with a child sex ring. These stories were cited and discussed in social media and went viral on the Internet.

The volume of stories was substantial, generated national headlines and came to be known across the country as “Pizzagate.” We at Infowars became a part of that discussion. We broadcast commentary about the allegations and the theory that the emails contained code words. We raised questions about information in Mr. Podesta’s emails and the Comet Ping Pong restaurant. We believed at that time that further investigation was necessary. In December 2016 we disassociated ourselves from the “Pizzagate” claims and theories, a position we reiterated last month after being contacted by Mr. Alefantis.

In late February 2017, we received a letter from Mr. Alefantis asking that we retract certain statements that he says were made in seven of our broadcasts between the last week of November and the first week of December 2016. We have attempted, through our lawyers, to contact Mr. Alefantis to discuss with him what sort of statement he would like to see made.

In our commentary about what had become known as Pizzagate, I made comments about Mr. Alefantis that in hindsight I regret, and for which I apologize to him. We were participating in a discussion that was being written about by scores of media outlets, in one of the most hotly contested and disputed political environments our country has ever seen. We relied on third party accounts of alleged activities and conduct at the restaurant. We also relied on accounts of reporters who are no longer with us. This was an ever-evolving story, which had a huge amount of commentary about it across many media outlets.

As I have said before, what became a heightened focus on Mr. Alefantis and Comet Ping Pong by many media outlets was not appropriate. To my knowledge today, neither Mr. Alefantis, nor his restaurant Comet Ping Pong, were involved in any human trafficking as was part of the theories about Pizzagate that were being written about in many media outlets and which we commented upon.

I want our viewers and listeners to know that we regret any negative impact our commentaries may have had on Mr. Alefantis, Comet Ping Pong, or its employees. We apologize to the extent our commentaries could be construed as negative statements about Mr. Alefantis or Comet Ping Pong, and we hope that anyone else involved in commenting on Pizzagate will do the same thing.

Here’s what we have done to clarify to the public. Months ago we took down the majority of broadcasts/videos including ones that only mentioned Pizzagate. This happened months before we were even contacted by Mr. Alefantis. Mr. Alefantis objected to portions of seven particular radio broadcasts. We have taken down those seven broadcasts and we have attempted to take down any broadcasts that mentioned Mr. Alefantis or Comet Ping Pong. We have attempted to do so not just on our website but also social media sites such as our YouTube channel. If Mr. Alefantis has other objections, we invite him to let us know. Two reporters who used to be associated with us are no longer with us. In a recent broadcast, I invited Mr. Alefantis on our program to state what he wanted to, and I again do so here. He has given interviews to many media outlets, and he is welcome to come on our show.

In issuing this statement, we are not admitting that Mr. Alefantis, or his restaurant, have any legal claim. We do not believe they do. But we are issuing this statement because we think it is the right thing to do. It will be no surprise to you that we will fight for children across America. But the Pizzagate narrative, as least as concerning Mr. Alefantis and Comet Ping Pong, we have subsequently determined was based upon what we now believe was an incorrect narrative. Despite the fact that we were far from the genesis of this story, it is never easy to admit when your commentaries are based on inaccurate information, but we feel like we owe it to you the listeners, viewers and supporters to make that statement, and give an apology to you and to Mr. Alefantis, when we do.

We encourage you to hold us accountable. We improve when you do.

In a departure from standard InfoWars practice, readers are prevented from commenting on Jones’ apology as “Comments for this thread are now closed”.

Jones’ curious timing — issuing a public apology for having engaged in the “incorrect narrative” about Pizzagate on the eve of the March on D.C. to raise public awareness on Pizzagate — can only discredit yesterday’s March, as well as any and all efforts in the Alternative Media to uncover and shed light on D.C. pedophilia.

Then there is the more recent case of former Congressman and House Speaker Dennis Hastert (R-Illinois) who, in April 2016 at his sentencing hearing, admitted under pressure from the judge that he had sexually abused boys. The judge in the case called Hastert a “serial child molester” and imposed a sentence of 15 months in prison, two years’ supervised release, and a $250,000 fine.

David Seaman asks “What do they have on a man [Alex Jones] who’s been so vocal on other issues plaguing our society, what did they have on him that the day before the national protest against Pizzagate and against Pedogate he has to issue a public apology?”