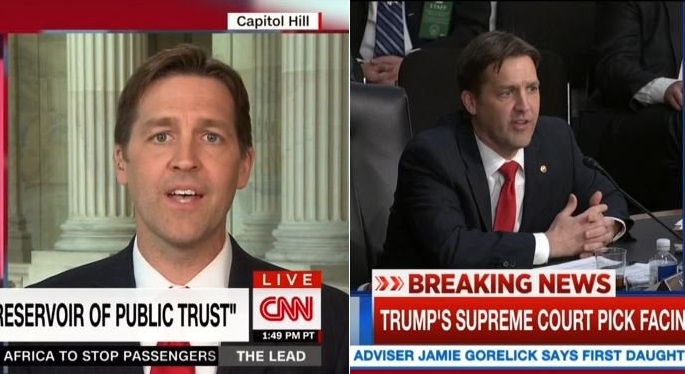 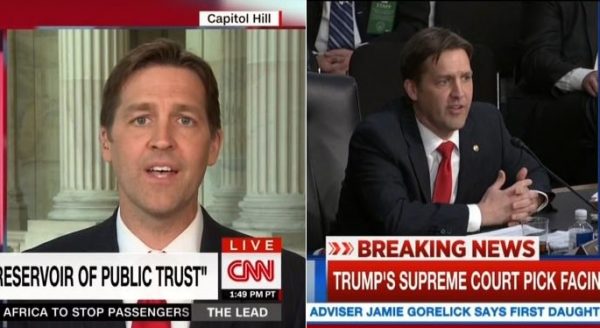 CNN appears to have been caught once again faking a “live” interview, this time with Senator Ben Sasse.

As Mark Dice writes: “While Jake Tapper was conducting an allegedly ‘live’ interview with him, both MSNBC and C-SPAN were airing what they said was a live stream of Ben Sasse questioning Neil Gorsuch at his confirmation hearing.”

The magic of TV – @BenSasse is talking to #Gorsuch AND talking to @CNN's @JakeTapper at the same time #GorsuchHearing #TTT pic.twitter.com/twbMG9fgCI

Time to come clean: I am in fact a witch. https://t.co/Zja82uagYA

The same happened on Wednesday with CNN airing another supposedly “live” interview with Rep. Jackie Speier at the exact same time as MSNBC.

Both interviews were supposedly “live” at 7:07 PM on Wednesday.

On Rep. Jackie Speier’s Twitter feed we can see she said she was being interviewed by CNN’s OutFront at 6:25 PM.

She then tweeted she was being interviewed by Chris Matthews at 7:08 PM, which was exactly when the interview aired.