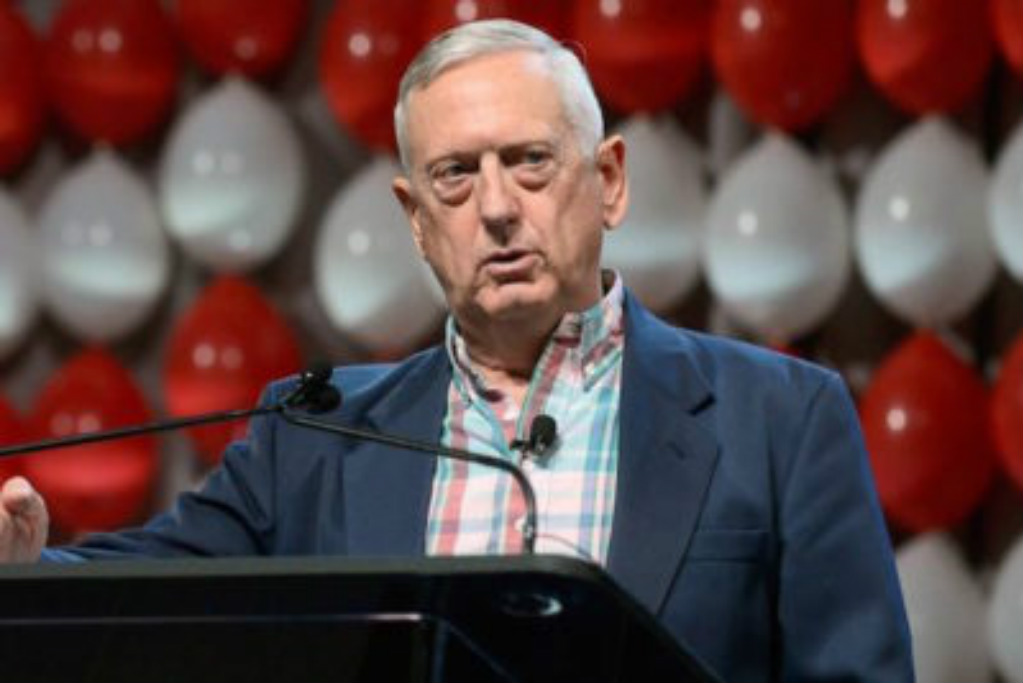 Unbelievable. Not only has the swamp not been drained, but it is still in charge.

“The death of Qari Yasin is evidence that terrorists who defame Islam and deliberately target innocent people will not escape justice.”

It seems as if all those with any power or influence anywhere in the Western world, all across the political spectrum, have agreed to back a fiction and pretend that Islam is other than what it is in its canonical text, prophet, schools of jurisprudence, and history all say it is. Does Mattis think that al-Qaeda defames Islam because it deliberately targets innocent people?

Is Mattis actually unaware that al-Qaeda doesn’t consider its targets innocent, and in 1998 published a fatwa claiming that the United States had been “occupying the lands of Islam in the holiest of places” and declaring that “the ruling to kill the Americans and their allies — civilians and military — is an individual duty for every Muslim who can do it in any country in which it is possible to do it”? Mattis may think this a twisting or hijacking or defaming of the Religion of Peace, but actually it is strictly based on Islamic law. All the schools of Islamic jurisprudence agree that when a non-Muslim force enters a Muslim land, defensive jihad becomes the individual obligation of every Muslim (fard ayn) rather than a collective obligation of the entire umma, and need not be declared by anyone. Bulghah al-Salik li-Aqrab al-Masalik fi madhhab al-Imam Malik (“The Sufficiency of the Traveller on the Best Path in the School of Imam Malik,”) says this: “Jihad in the Path of Allah, to raise the word of Allah, is fard kifayah [obligatory on the community] once a year, so that if some perform it, the obligation falls from the rest. It becomes fard `ayn [obligatory on every Muslim individually], like salah and fasting, if the legitimate Muslim Imam declares it so, or if there is an attack by the enemy on an area of people.”

So in calling for the killings of Americans and saying that such killings are a duty, al-Qaeda was working from the Islamic doctrine of defensive jihad. Mattis, and Trump, and all those in power in Washington in both parties should know this: one cannot defeat an enemy one does not understand. What Mattis says here only fosters the ignorance and complacency that has enveloped us as a thick fog for the last sixteen years.

A U.S. counterterrorism airstrike earlier this month in Afghanistan killed an al-Qaida leader responsible for a deadly hotel attack in Islamabad in 2008 and the 2009 attack on a bus carrying the Sri Lankan cricket team, the Pentagon said Saturday.

In confirming the death of Qari Yasin, U.S. officials said Yasin was a senior terrorist figure from Balochistan, Pakistan, had ties to the group Tehrik-e Taliban and had plotted multiple al-Qaida terror attacks. The airstrike that led to his death was conducted March 19 in Paktika Province, Afghanistan.

The bus attack in the Pakistani city of Lahore killed six Pakistani policemen and two civilians and wounded six members of the cricket team.

Defence Secretary Jim Mattis said in the statement: “The death of Qari Yasin is evidence that terrorists who defame Islam and deliberately target innocent people will not escape justice.”…