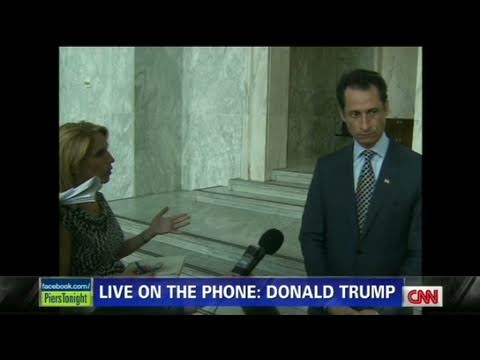 In 2011, Donald Trump was interviewed on the phone by CNN’s Piers Morgan, who was working for CNN at the time.

In the 2011 interview, Morgan asked Donald Trump what he thought about the Weiner scandal.

As Alexandra Bruce of Forbidden Knowledge TV points out:

This is more than five years before this neologism entered the English vocabulary, as far as I know, with the revelations in WikiLeaks’ Podesta emails and in the Instagram posts of that pizza shop owner, who GQ Magazine mysteriously called the “49th most powerful” man in Washington, DC, which triggered an online citizens’ investigation into their possible relationships to pedophile ring operating in DC….

Mandela Effect? Pre-planned psyop? Or coincidental slip of the tongue?

Piers Morgan left CNN in 2014, which means the video of the interview could not have taken place after 2014.

Did élites-in-the-know like Donald Trump know about D. C. pedophilia years before the American people?

I am also reminded of what Joan Rivers wearily told a reporter two months before she died from a routine throat procedure: “We all know” Obama is gay and Michelle is a transgender.