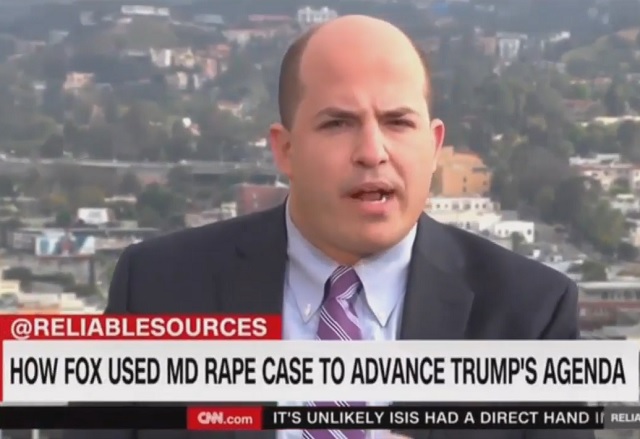 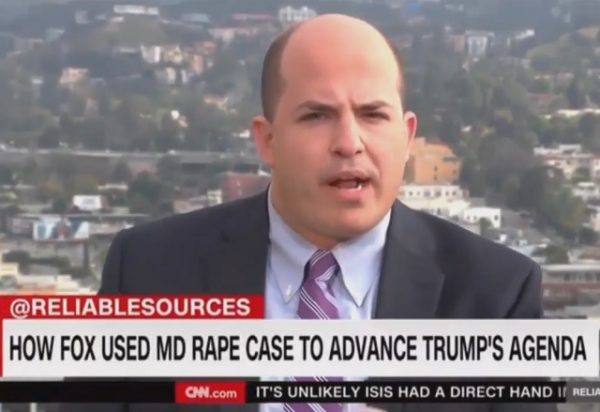 CNN host Brian Stelter is outraged Fox News had the audacity to cover a “local” story about two illegal immigrants allegedly raping a child at school.

Just when you though CNN host Brian Stelter couldn’t become any more of a “ridiculous figure” he found a new level of low to crawl to, during Sunday’s Reliable Sources. As had been extensively covered by the MRC, the liberal networks have been blacking out the rape of a girl on school ground by illegal immigrants in Rockville, Maryland, with Fox News being the only TV news outlet covering it in detail. But according to Stelter, that’s apparently a problem for Fox.

“Rapes and assaults and murders are local news stories on a daily basis. But when do they break through to become national news and when do they not,” he wondered at the top of the segment and before taking it to Fox.

He then immediately whined that “This week health care bill, the talks in the House dominated cable news coverage all over the place, but Fox News also focused heavily on another story and sometimes tying it to the President’s immigration agenda.”

“Now on Fox, all roads lead back to media bias,” he chided, “So Tucker Carlson called out channels like CNN for not covering this story thoroughly, for not covering it extensively.” He also wrote off how Carlson slammed the Big Three networks for their lack of coverage.

In a pitiful attempt to turn Carlson’s assertion back on Fox News, Stelter slammed the cable news outlet for not covering another crime in Maryland. “But there was another story with Maryland ties that got little to no news coverage anywhere on Fox or any other channels,” he said, “This was about an army veteran, an alleged white supremacist who drove to New York and attacked a 66-year-old black man with a 26-inch knife, killing that man.”

“But this story received almost no coverage on Fox or CNN or anywhere else for that matter,” he admitted as he took another swipe at Fox for reporting the heinous rape of a 14-year-old girl, “Another example of a crime but not a crime that fit the political agenda of those pro-Trump hosts on Fox.” But for the lack of coverage he claimed that story had, both ABC and NBC reported on that tragic incident in New York last week.

But Stelter’s own show still leaves his prefaced question unanswered. As he asked at the top of the segment about local news stories, “when do they break through to become national news and when do they not?” He never answered that question for CNN. The real question should be: Why didn’t CNN cover either of those stories? Especially after he admitted CNN failed in their duty to cover them, or more importantly: Why shouldn’t the Rockville rape be a national story?

CNN literally headlined every shooting of a black man by police, no matter how justified, for two years straight while trying to launch the Black Lives Matter movement. Their race-baiting came to a crescendo with five cops being murdered in Dallas and they only dropped the race-baiting after it became clear these murders were hurting Hillary Clinton’s election prospects. The only reason CNN doesn’t cover stories of illegal immigrant crime because it doesn’t advance their narrative.