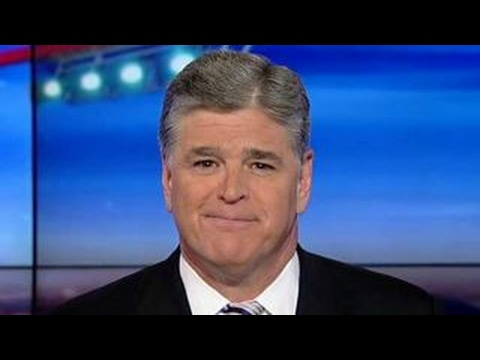 Will Hannity’s proverbial assault be enough to drag Hillary through the mud?

(INTELLIHUB) In a ballsy move for a mainstream news anchor, Fox News’ Sean Hannity delivered the home run we’ve all been waiting for on the Sean Hannity Show Tuesday night when he gave much-needed publicity to Hillary Clinton’s Russian State ties to Uranium One which I first reported on back in January of 2016 in an Intellihub Magazine article titled “Clinton Foundation took massive payoffs, promised Hammond Ranch and other publicly owned lands to Russians along with one-fifth of our uranium ore.”

The issue resurfaced in the media Tuesday after President Donald Trump acknowledged the little-known scandal on Twitter.

“Why doesn’t Fake News talk about Podesta ties to Russia as covered by @FoxNews or money from Russia to Clinton – sale of Uranium?,” the President tweeted.

Why doesn't Fake News talk about Podesta ties to Russia as covered by @FoxNews or money from Russia to Clinton – sale of Uranium?

However, Sean Hannity knocked it out of the park Tuesday night, when he called out the corporate-controlled media for rarely covering the scandal and for continuing what he called a “media conspiracy narrative” of Trump-Russia collusion.

During the broadcast, Hannity addressed the scandal as “a very big deal” and even mentioned the fact that the chairman of Uranium one made three separate donations totaling millions of dollars to the Clinton Foundation in 2009 as Bill Clinton received major contributions from the Russians for speech engagements around the same time.

“[They got a] massive amount of money, they got a huge payback and they now control twenty percent of America’s uranium,” Hannity said in regards to the scandal.

“Uranium One is a Canadian-based multinational corporation and they extract uranium which of corse is a key material that’s used in nuclear weapons Uranium One is responsible for one-fifth of all of the uranium production right here in the United States,” Hannity explained.

That’s right, Hillary Clinton, during her tenure at the State Department facilitated a deal with the Russian State for one-fifth of the U.S. uranium supply, yet no one is talking about it!

Thank-you Sean Hannity! And by the way, I will gladly come on your show to talk about anything we can to stop the Dems. — Shep

Do you think that @HillaryClinton's and @johnpodesta's ties to the #RussianState will ruin them or will the MSM bury the truth?