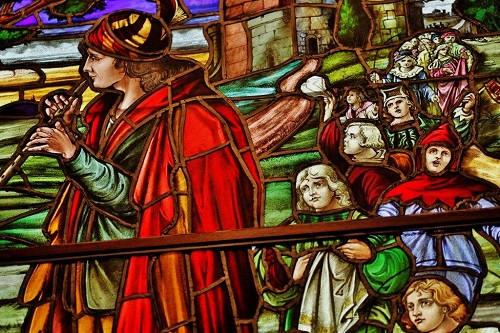 The general public truly lives in two separate worlds. We have the world of the mainstream media, popular culture and political rhetoric; a world which constantly and desperately seeks to twist or destroy any legitimate measure of reality, leading people into a frenzied fog. Then, we have the world of concrete facts; an ugly, brutal world that upsets many people when they see it and leaves them with little more than the hope that the most innovative of us will perhaps reverse the disastrous course, or at least, survive to carry on a meaningful level of civilization.

The sad thing is, if a majority of the population studied and accepted the world of fact, then preparation and intelligent or aggressive action might negate any destructive outcome. Reality only grows more ugly because we continue to ignore it.

Have you ever come to a logical or practical conclusion in response to a national or global problem and waited in vain to hear it represented in the mainstream? Have you ever thought — if I can figure this out, why can’t they? And by “they,” I mean the people most commonly offered a mainstream platform. This includes so called “professional journalists,” political leaders, mainstream economists, highly paid “analysts,” etc. Well, I think more and more Americans in particular are finally considering the notion that these “professionals” are either not very smart, or they have an agenda that seeks to perpetuate the problem rather than fix the problem.

Yes, the intellectual class, the longtime gatekeepers of public thought and consent, are actually mostly morons and/or liars with a terrible purpose in mind. I understand that this does not come as a surprise to many of my readers, but remember, the masses are still trapped in a stupefying fog. The goal here is to bring just a few more of them out of the doldrums whenever possible.

In the meantime, they are being fed one dishonest narrative after another, and there are certain truths, suggestions, solutions and philosophies they will never stumble across in their daily lives. Here are just a few questions and ideas on very specific mainstream events and propaganda memes which just don’t seem to receive the light of day.

If you happen to take note of stock market reactions to legislative events, you may have observed that equities recently suffered a swift sidekick to the solar plexus (read the section on stocks below as to why this matters little). This is, according to the mainstream, due to the failure of the Trump administration’s Obamacare repeal efforts. The first assumption here is that stock markets exploded higher after Trump’s election win purely because the investment world was placing bets that Trump would ram through tax cuts and pro-business legislation within his first year. The second assumption is that because Trump’s first piece of major legislation, the repeal of Obamacare, has failed, he will not be able to achieve any of his other stated goals, including tax cuts.

There are perhaps some minor truths within this narrative. A repeal of Obamacare might have helped free up billions in capital which could have been used for Trump’s infrastructure programs among other things. With the health care act still bleeding Americans dry and overextending the expenses of government, that border wall is looking a little less likely right now. Unless, of course, taxes remain the same or even increase in the near term.

My question is, why isn’t anyone in the mainstream questioning why a “new” healthcare bill was necessary at all? What was the point of this debacle? To marginally shift Obamacare so that it still exists but with reduced funding? Why not just get rid of the damn thing completely? That is what people voted Trump in for.

Instead of chasing a pointless piece of legislation through congress trying to make every special interest happy, why won’t Trump simply remove enforcement of the Obamacare tax? It is, after all, a perfect example of taxation of without representation. If businesses and individuals no longer had to worry about the fines for not paying into Obamacare, then most of them would not voluntarily pay for it. Thus, Obamacare would be defunded naturally. It seems to me that the most obvious solution to the problem is being completely ignored in the mainstream.

This narrative just refuses to die, and the only point I can see to it so far is that it is a way for establishment elites to keep the political left constantly agitated. The left becomes more and more insane in their rhetoric and behavior exactly because the mainstream continues to perpetuate the rationale that Trump is “not really president.” Think about it — the left was already hurtling towards the madness of full blown communism, but in order to reach a crescendo of schizophrenic violence, they need a little more psychological justification. If they can be convinced that Trump is now a “Russian agent,” they have all the justification they need to take their mob actions to the next level.

Just one problem — why is no one in the mainstream asking for the evidence that supposedly proves that Trump’s campaign was influenced by the Russian government? I keep hearing it exists, but where is it? The media is more than willing to demand hard evidence that the Trump team was being electronically tapped by the Obama administration; but so far there is more evidence coming to light of Obama wiretapping than evidence that Trump is working for the Russians.

Beyond this, as far as the Russian “hacking” of the DNC during the election is concerned, why is no one presenting the most important point — that point being, WHO CARES who actually hacked the DNC? It does not matter. What matters is that extreme corruption was found, along with regular collusion between the Clinton campaign and the media. It is the corruption that people should be up in arms about, NOT the hacking.

Why are the Clintons still running around free? Why is no one talking about prosecution anymore? This question is for Trump, of course. Now, I predicted post election that Trump would indeed abandon all talk of Hillary Clinton going to prison almost immediately, but I would like to hear his argument as to why this should no longer be pursued.

Why do mainstream economists hyper focus on the stock market? The stock market is nothing more than a trailing indicator of economic decline, and is ultimately irrelevant to the bigger fiscal picture. Yet, the health of the economy is almost always first tied to stock market performance (and to unemployment numbers which are also highly manipulated).

If stocks are in complete reversal by June/July as I predicted right after the election in my article ‘World Suffers From Trump Shellshock — Here’s What Happens Next’, does this mean that the economy is finally considered “in decline?”  Or, does it mean that the economy has been in steady decline for years and only now is the stock market reflecting that reality?

Why is enforcement of existing immigration laws, laws which have been a standard for decades, such a divisive issue? Most countries in the world have stringent immigration laws, why is it that America is not allowed to enforce similar laws? Why does the left in particular consider the removal of illegal immigrants representative of “racism” or “fascism?” I realize they are mostly insane, but I would just like to hear one valid and practical argument from them as to why the U.S. specifically should be saddled with wide open borders and why American conservatives in particular are racist merely for demanding that the current laws be followed?

I don’t want to hear nonsensical mainstream arguments about how we are a “nation of immigrants.” We are NOT a nation of immigrants. I was born here. Most of us were born here. Our ancestors settled here and built this nation from nothing. This nation is established now and has been for generations. Times change and we don’t need a flood of random immigrants. If anything, we need highly selective immigration of only the best and brightest and most skilled from around the world.

Illegal immigration is not a debate. There is no logical reason to defend it, unless your goal is to overwhelm the American system with potential democrat voters or to completely destabilize the country altogether. Why are we still arguing about this?

The Mainstream Media Is Dying

The bastion guardian of all that is “mainstream,” the arbiter of who is “fake news” and who is “real news,” is actually in rapid decline, but you will never hear them admit it publicly. Many alternative media outlets are crushing the readership and viewership numbers of many mainstream media publications and shows, but much of the public still clings to the faulty concept that there is a particular level of “professionalism” that goes into the production of these narrative peddlers. We have been brainwashed with stories of “journalistic integrity” that lead us to consider media a higher calling. This is, of course, pure garbage.

As was made fully evident this past election, there is absolutely no integrity whatsoever in the journalistic field. There are only people with agendas and people who whore themselves out for people with agendas. That’s it. You may find a few honest souls on the conservative side of the media apparatus, but in large part, journalism is like a Vegas brothel.

Unfortunately, our society is in a period of transition in which the public is skeptical of mainstream media influences, but still pays attention to them. While people are rapidly abandoning these “news sources” for more independent fare, this may be too little too late. As I have outlined above, there are numerous questions which are never asked; numerous solutions that are never presented. The majority remains oblivious to practical options and practical actions. They remain oblivious to certain truths. The mainstream may have already done all the damage it can do. All that is left is for alternative analysts to pick up the pieces, ask the right questions, fight for the right causes and see if we can salvage this mess in time.