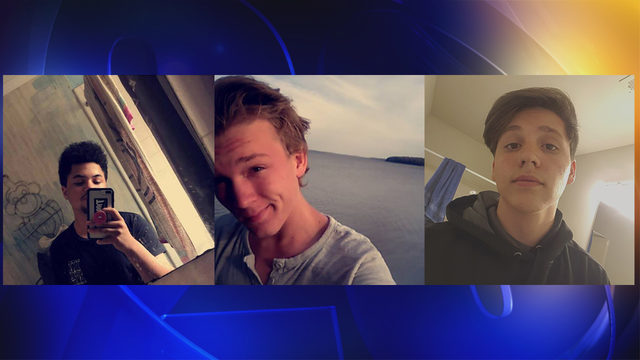 On Tuesday, I reported on a 23-year-old man who shot three masked teens who broke into his home while he was sleeping. They were armed with a knife and brass knuckles, but he was armed with an AR-15 and shot and killed all three teens. Now, the family is crying about how unfair it was that the man defended himself and his father with an AR-15 against three teenage thugs.

From the earlier report:

According to Wagoner County Sheriff’s Office, the homeowner and his son were inside the home when the teens broke in. The teens, ages 16, 17, and 18, were wearing masks

. One of the teens had a knife

and another had brass knuckles

, according to Deputy Nick Mahoney.

“These three individuals came to this residence with the intent to burglarize it,” Mahoney said, “One was with brass knuckles, the other one was with a knife.”

The son of the homeowner was sleeping when he was awakened by “loud bangs” coming from the back door around 12:30pm on Monday. The 23-year-old man armed himself with his semi-automatic AR-15 rifle and made his way towards the back door where he confronted the three burglars.

“There was a short exchange of words, then gunfire happened,” Mahoney said. “Armed with a rifle, there were some shots fired, and, at this point, three people are deceased.”

Leroy Schumacher, grandfather of 17-year-old Jacob Redfearn who was shot and killed along with two other teens who were committing the crime, claims it was not fair that his boy was only armed with brass knuckles while the homeowner’s son who shot him was armed with an Ar-15.

“What these three boys did was stupid,” said Leroy Schumacher. “They knew they could be punished for it but they did not deserve to die.”

“Brass knuckles against an AR-15, come on, who was afraid for their life,” said Schumacher. “There’s got to be a limit to that law, I mean he shot all three of them; there was no need for that.”

Redfearn was shot and killed along with 19-year-old Maxwell Cook and 16-year-old Jake Woodruff.

The problem that Schumacher can’t seem to face is that he claims his grandson had never been in trouble, but how does he know that? Was this just the first time that they got caught? After all, in the previous report, I mentioned that neighbors said there have been multiple burglaries in their neighborhood over the past few weeks and months.

Second, why would someone in the family not teach young Redfearn the Scriptures pertaining to such criminal activity?

My son, if sinful men entice you, do not give in to them. If they say, “Come along with us; let’s lie in wait for innocent blood, let’s ambush some harmless soul; let’s swallow them alive, like the grave, and whole, like those who go down to the pit; we will get all sorts of valuable things and fill our houses with plunder; cast lots with us; we will all share the loot”— my son, do not go along with them, do not set foot on their paths; for their feet rush into evil, they are swift to shed blood. How useless to spread a net where every bird can see it! These men lie in wait for their own blood; they ambush only themselves! Such are the paths of all who go after ill-gotten gain; it takes away the life of those who get it. -Proverbs 1:10-19

Deputies believe the man who shot them was acting in self-defense.