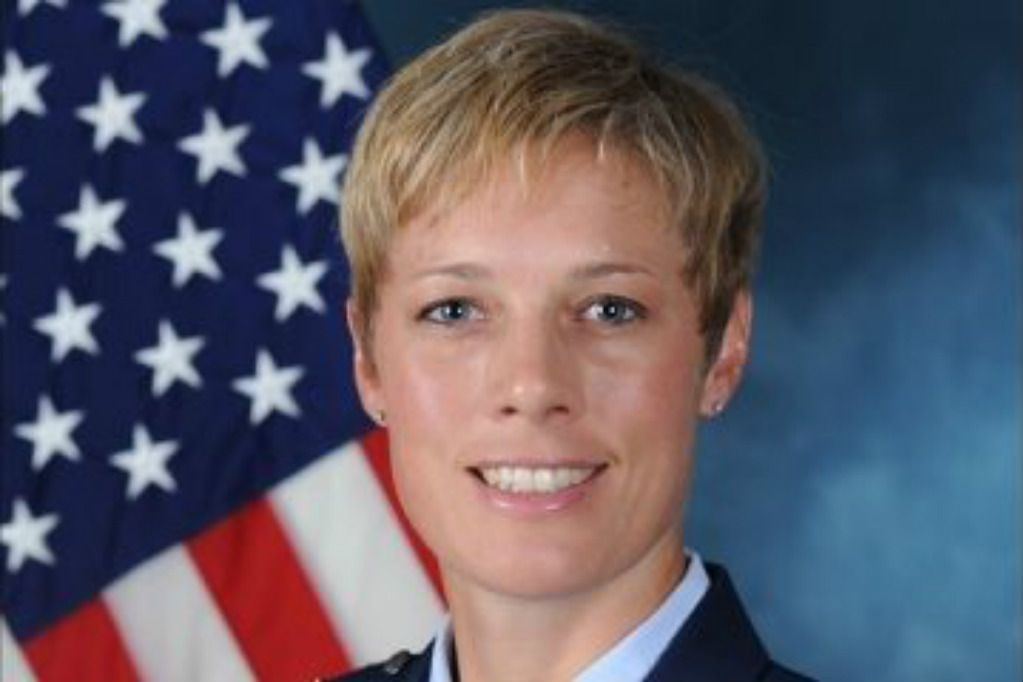 An open lesbian colonel with a “wife” and two children has just been appointed as the next commandant of the US Air Force Academy.

Lt. Gen. Michelle Johnson announced that Col. Kristin Goodwin will take charge of the Academy pending approval and report for duty in May.

“We’re anxious to see her on board,” Johnson said. “She’s a great leader and she’s going to be a great addition to our team. We’re really excited about the future with Kristin.”

Goodwin, a 1993 Academy graduate, was nominated by the president for promotion to brigadier general. She’s scheduled to be assigned to the Academy, pending Senate approval of the nomination later this year.

She’s also a veteran pilot who has flown B-2 Spirit, the EC-130h compass Call, the C-130 Hercules, and other aircraft.

Klingenschmitt, who heads the Pray in Jesus Name Project, told LifeSiteNews that this is a “deep state problem of Obama’s appointments remaining in office while the Senate drags its feet to confirm Donald Trump’s appointments to replace them.”

“Obama’s bureaucrats in the Pentagon are still running the show,” Klingenschmitt said. “Obama is gone. Why does he still have this power?”

Mr. Klingenschmitt had questions that he believes Goodwin should have to answer and uphold.

Frankly, that is not the issue. The issue is that by her very nature there will be a hostility towards those who hold to what the Bible teaches as she is at war with the God of the Bible (Romans 1:18ff), and thus, at war with the foundational principles of the united States.

Of course, there was little Mikey Weinstein, the anti-theist and former Air Force Officer that has attacked Christians at every turn. He came out and condemned the Air Force for not making more of Goodwin being a lesbian.s

“Why are they not publicly acknowledging this groundbreaking selection of a gay, female new Commandant?” he questioned of the Academy and Air Force, according to The Colorado Springs Independent.

“To their credit, USAFA reportedly made the announcement without mentioning [Goodwin’s] sexual practices — a fairly rare occurrence and one sure to be ‘corrected’ once the news hits the mainstream press,” God and Country responded.

However, Klingenschmitt said that he longed for the days when the military was not so politicized.

“I long for the good old days when real generals and not social activists were put in places of authority,” he told Life Site. “I pray that Mr. Trump … will correct this mistake.”