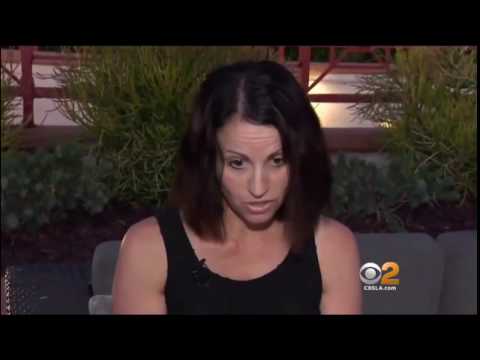 The cucking of Americans continues.

Stacey Butler reports for CBS2 Los Angeles that Mary Campos — an Orange County mom, a million-mile flier, and a senior consultant in the oil and gas industry — said United Airlines discriminated against her by changing her pre-assigned seat because two Muslim men refused to sit next to a female.

On September 26, 2016, just before Campos got on her pre-booked flight to Houston, a gate agent handed her a new boarding pass, saying, “This is your new seat.”

The agent said, “I don’t know how to tell you this. The two gentlemen seated next to you have cultural beliefs that prevent them from sitting next to, or talking to or communicating with females.”

Campos was shocked. She told CBS LA: “I thought I lived in a culture [America] where women were equal to men. We can’t discriminate against half the population for a belief from another nation.”

Campos was told the two men in long orange shirts were Pakistani “monks” and that the female UA flight crew were not allowed to serve the men.

Campos said she had no choice but to take her new seat assignment. Then she wrote a letter to the CEO of United Airlines, which said, in part:

“What if I were handicapped, or transgender? What if your entire crew were female? Any belief that prevents individuals from interacting with females should not travel on commercial aircraft.”

She got a reply that said United would look into it, but she didn’t hear from them again.

CBS2 made inquiries and received this communication from UA spokesman Jonathan Guerin:

“We regret that Ms. Campos was unhappy with the handling of the seat assignments on her flight. United holds its employees to the highest standards of professionalism and has zero tolerance for discrimination.”

If UA is not forthcoming, Campos said she would do whatever she had to do to protect women’s rights.

On October 11, 2017, Orange County supervisors announced it will not award additional flights for next year to United Airlines or any airlines at John Wayne Airport until they promise to follow federal laws that prohibit gender, race and age discrimination.

“What would happen if you had an all-female flight attendant crew? What if there were female pilots and co-pilots? This goes way beyond discrimination of passengers. We’re talking about personnel on the flights.”

Supervisor Todd Spitzer said he and the other supervisors “were very offended” when they found out about Mary Campos being reassigned her seat because she’s a woman “like Rosa Parks was during the civil rights movement.” Spitzer said he had asked United to attend the supervisor meeting on October 11. Instead, the airline issued another canned statement:

“We regret that our handling of the seat assignments has caused concern. We have zero tolerance for discrimination against any protected characteristics including gender. We have reached out to Ms. Campos to discuss her concerns. Our goal is to provide safe and comfortable travel for all of our customers and we regret that Ms. Campos was unhappy with the handling of the seat assignments on her flight. United holds our employees to the highest standards of professionalism and has zero tolerance for discrimination.”

Campos told CBS2 she applauded the Orange County Board of Supervisor for making a stance that “all airports need to take to make sure that airlines are enforcing the same kind of policy.” But she said United still had not reached out to her to apologize; neither had UA said anything about changing its policy:

“The toughest part is that to date, United still hasn’t had anything more than canned responses. I’m not going to let it go because our daughters and other females deserve that.”

At its Oct. 25 meeting, the board would get an update on renegotiated contracts and consider passenger load allocations for the airlines.

I searched on the Internet for follow-up news on this incident, but found nothing.

Not a word from the National Organization for Women (NOW).

I did find that on March 10, 2017, an Illinois Muslim family filed a lawsuit against United Airlines alleging discrimination after they were escorted off a flight from Chicago to Washington D.C. The airline eventually booked them on another flight the same day.

Mohamad and Eaman Shebley‘s lawyer Phil Robertson claims that airline staff humiliated and disrespected the Shebleys “with hostility and arbitrary and unreasonable reactions” when they inquired about one of their kids using a booster seat. Another Shebley lawyer Maaria Mozaffar said the family wants some measure of justice in the form of “compensation” and a change in UA policies regarding how “minority” passengers are treated.

Therein lies at least one explanation for why businesses bend over to appease Muslims: Muslims have learned to exploit the system and are aggressive in pursuit of their interests, whether via lawsuits or violence.

We are in a war of civilizations, but most of us are blind and oblivious.

American non-Muslims, including Christians, must fight back by asserting ourselves. Mary Campos should have sued United Airlines because lawsuits seem to be the only language UA and other businesses understand.

If we don’t fight back, we’ll become another Sweden where their cucked men advertise their surrender with pink pussyhats. (See “Welcome to Sweden! – where men wear pink pussies”)

Board of directors of Byggnads, Swedish construction workers trade union

What You Won’t Hear From The Mockingbird Media About The Monkeypox Outbreak
May 24th, 2022 Sons of Liberty Media