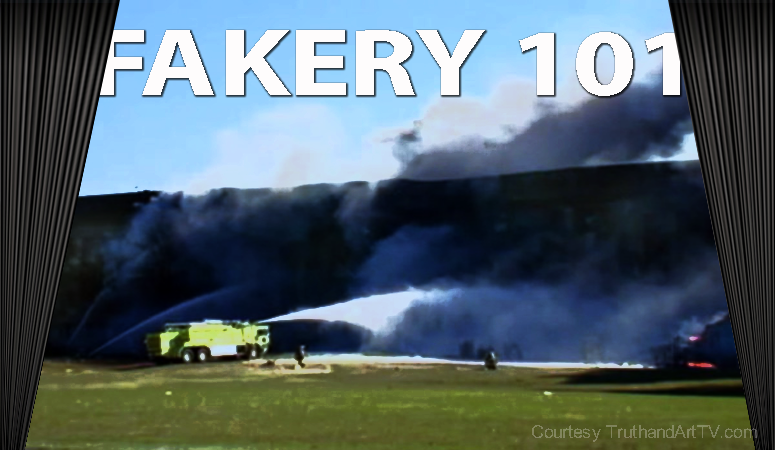 Once again, one of those moments is upon us when fakery and deceitful so-called evidence is put out to the general public by those controlling the narrative to not only gauge the reaction of the masses but to reinforce the lies of the past “official stories” agreed upon by the perpetrators and the controlled government and mainstream media. In this case we’re talking about the 9-11 “official story” account of what happened at the Pentagon.

The recently reported FBI claim that “new” images of the Pentagon on 9-11 had been released only to have it revealed by (yours truly) that those “new” images are the same previously released staged photos only further confirms that the Pentagon “official story” is one big lie since I do not work for the FBI or the Pentagon and I came across the same pictures several years ago, posted them on my site and exposed the fakery behind these laughable images back then.

Plain and simple, the Pentagon “flight 77” narrative is a lie which, just like the “Bin Laden” and “al Qaeda” narrative, seemed to be agreed upon by the controllers from the start despite the fact that real-time media foot soldiers and Pentagon witnesses at the scene confirmed the very opposite. Also, professional aviators and pilots are on record explaining the impossibility of the physics behind the claim that a 757 commercial jumbo jet of this magnitude can be maneuvered the way the ridiculous official story claims it did.

And how about the fact that there was no visible evidence whatsoever of any debris resembling any plane hitting the Pentagon? Or the fact that no evidence has ever been produced to show hundreds of freshly killed, real passengers including the seats luggage and surrounding plane sections? Unless of course you believe those very staged, grainy, color bleached, odd, isolated and even laughable photos released by the FBI many years ago. The same images which are being touted as “newly released” by the FBI. Yes, you read this correctly!

If you get nothing else from this puzzling, deceptive and oddly timed narrative focused on protecting the 9-11 Pentagon official story lies, try to see that a need seems to exist within the FBI and those controlling the 9-11 official narrative to have you recall and reaffirm your belief in their lies about the Pentagon. I have several personal hypotheses for why they are doing this now which I won’t go into here. Look at the timing and the political climate in which we live and try to see how the need to reinforce more lies about 9-11 may fit into things.

In the video below I blow open this latest psyop attempt on the masses and offer Truth seekers an easy quick way to see the lies surrounding the Pentagon for themselves. Isn’t it time after all, that we reject 16 years of repeated outdated lies?