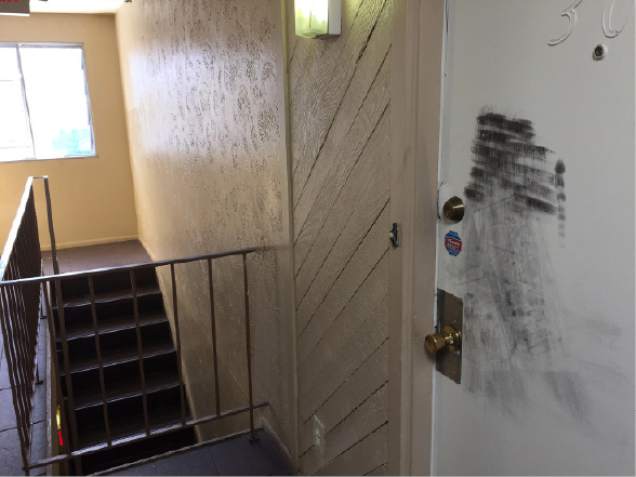 A Marine veteran in Salt Lake City had his door kicked in just after 3am and two men dressed in black entered his apartment. One of them didn’t make it out because he was shot dead.

Marine veteran Brian Sant lived in the apartment that two men broke into during the early morning hours on Thursday. He had just finished working a late shift and was still awake in his living room and his 29-year-old son had gone to bed, according to the Salt Lake Tribune. Another unnamed adult was also inside the apartment at the time.

Puleaga Danny Tupu, 33, of West Valley City and another man kicked in the door on Sant. One of the men was holding a 2-foot-long metal pipe. Both men were dressed in black with hoods.

Sant began to fight the men in the living room, and that’s when his son was awakened by the commotion. He stepped out of his bedroom and fired at both men, killing one and wounding the other.

Tupu died in the living room as his partner fled the apartment and collapsed on the lawn. He was taken to the hospital and was listed in critical condition, which later was upgraded to serious condition.

“You got veterans living around in these apartments,” Sant said, not knowing the men who broke into his apartment. “You don’t know who’s got a gun.”

The Tribune reports on Tupu:

Tupu has a long history of mostly misdemeanor convictions for petty crimes dating back to 2002, according to a search of Utah court records.

…
Tupu’s criminal record includes convictions for dozens of crimes like intoxication, open container, shoplifting and trespassing. But he also has pleaded guilty to several felonies, including receiving stolen property and attempted theft.

At the time of his death, Tupu was wanted on a $10,000 warrant issued Monday, after he failed to show up for sentencing in 3rd District Court on a class A misdemeanor sexual battery conviction.

In that case, Tupu was arrested by Murray police after he grabbed another man’s crotch at Cottonwood Hospital.

Tupu — who had been drinking from a bottle of vodka and had a drug pipe in his possession — told a police officer he was at the hospital because it was “a safe place,” and he was having family problems at home, charges state. Tupu also claimed he had merely hugged the man who said Tupu had grabbed his crotch, charges state.

Police do not believe the invasion was random.

No other arrests have been made. The shooting has been deemed self-defense.

From the looks of things, Tupu got exactly what he deserved. This is just another instance where guns have been used against the lawless to protect the innocent.