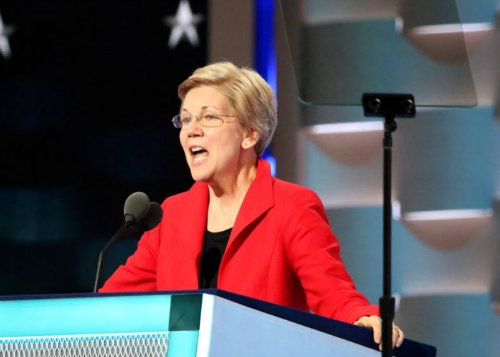 Elizabeth Warren, a United States Senator from Massachusetts and a darling of the progressive left, has frequently championed equal pay for women. In fact, she backed a bill called the Paycheck Fairness Act in 2014, which aimed to reduce the gender pay gap. It turns out however, that Warren is a bit of a hypocrite on this matter (I know, big surprise coming from a progressive).

According to publicly available documents, Warren’s office pays female staffers 71 cents for every dollar a male staffer makes. The median annual earnings for a women in her office was $52,750, compared to $73,750 for men. One woman on her staff earned a six figure income, while five men earned well over $100,000. The wage gap in her office was nearly 10% wider than the national average.

This analysis comes from the Washington Free Beacon, who only examined the wages of staffers who worked the full year. That makes this situation rife with irony. What most people don’t realize is that the oft quoted statistic that suggests women earn 77 cents for ever dollar a man makes, is actually a total myth. In reality, women are making only slightly less than men per hour. The wage gap is caused by the fact that women typically work fewer hours than men, take more time off for childcare, and often chase college degrees that aren’t very profitable.

So the wage gap in her office is especially egregious. Unlike the vast majority of employers in this country who are giving their female workers a fair shake, Elizabeth Warren is probably paying her female staffers far less per hour than her male staffers. And she does this while bloviating to the rest of us about how we need to pay women more, while spreading the pernicious gender pay gap myth.