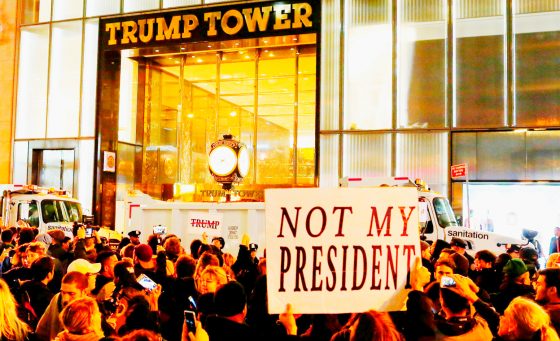 A civil war has begun.

This civil war is very different than the last one. There are no cannons or cavalry charges. The left doesn’t want to secede. It wants to rule. Political conflicts become civil wars when one side refuses to accept the existing authority. The left has rejected all forms of authority that it doesn’t control.

It rejected the Constitution so long ago that it hardly bears mentioning.

It was for total unilateral executive authority under Obama. And now it’s for states unilaterally deciding what laws they will follow. (As long as that involves defying immigration laws under Trump, not following them under Obama.) It was for the sacrosanct authority of the Senate when it held the majority. Then it decried the Senate as an outmoded institution when the Republicans took it over.

It was for Obama defying the orders of Federal judges, no matter how well grounded in existing law, and it is for Federal judges overriding any order by Trump on any grounds whatsoever. It was for Obama penalizing whistleblowers, but now undermining the government from within has become “patriotic”.

There is no form of legal authority that the left accepts as a permanent institution. It only utilizes forms of authority selectively when it controls them. But when government officials refuse the orders of the duly elected government because their allegiance is to an ideology whose agenda is in conflict with the President and Congress, that’s not activism, protest, politics or civil disobedience; it’s treason.

This isn’t just hypocrisy. That’s a common political sin. Hypocrites maneuver within the system. The left has no allegiance to the system. It accepts no laws other than those dictated by its ideology.

Democrats have become radicalized by the left. This doesn’t just mean that they pursue all sorts of bad policies. It means that their first and foremost allegiance is to an ideology, not the Constitution, not our country or our system of government. All of those are only to be used as vehicles for their ideology.

That’s why compromise has become impossible.

Our system of government was designed to allow different groups to negotiate their differences. But those differences were supposed to be based around finding shared interests. The most profound of these shared interests was that of a common country based around certain civilizational values. The left has replaced these Founding ideas with radically different notions and principles. It has rejected the primary importance of the country. As a result it shares little in the way of interests or values.

Instead it has retreated to cultural urban and suburban enclaves where it has centralized tremendous amounts of power while disregarding the interests and values of most of the country. If it considers them at all, it is convinced that they will shortly disappear to be replaced by compliant immigrants and college indoctrinated leftists who will form a permanent demographic majority for its agenda.

But it couldn’t wait that long because it is animated by the conviction that enforcing its ideas is urgent and inevitable. And so it turned what had been a hidden transition into an open break.

In the hidden transition, its authority figures had hijacked the law and every political office they held to pursue their ideological agenda. The left had used its vast cultural power to manufacture a consensus that was slowly transitioning the country from American values to its values and agendas. The right had proven largely impotent in the face of a program which corrupted and subverted from within.

The left was enormously successful in this regard. It was so successful that it lost all sense of proportion and decided to be open about its views and to launch a political power struggle after losing an election.

The Democrats were no longer being slowly injected with leftist ideology. Instead the left openly took over and demanded allegiance to open borders, identity politics and environmental fanaticism. The exodus of voters wiped out the Democrats across much of what the left deemed flyover country.

The left responded to democratic defeats by retreating deeper into undemocratic institutions, whether it was the bureaucracy or the corporate media, while doubling down on its political radicalism. It is now openly defying the outcome of a national election using a coalition of bureaucrats, corporations, unelected officials, celebrities and reporters that are based out of its cultural and political enclaves.

It has responded to a lost election by constructing sanctuary cities and states thereby turning a cultural and ideological secession into a legal secession. But while secessionists want to be left alone authoritarians want everyone to follow their laws. The left is an authoritarian movement that wants total compliance with its dictates with severe punishments for those who disobey.

The left describes its actions as principled. But more accurately they are ideological. Officials at various levels of government have rejected the authority of the President of the United States, of Congress and of the Constitution because those are at odds with their radical ideology. Judges have cloaked this rejection in law. Mayors and governors are not even pretending that their actions are lawful.

The choices of this civil war are painfully clear.

We can have a system of government based around the Constitution with democratically elected representatives. Or we can have one based on the ideological principles of the left in which all laws and processes, including elections and the Constitution, are fig leaves for enforcing social justice.

But we cannot have both.

That is what we have now.

The question is what comes next.

The last time around growing tensions began to explode in violent confrontations between extremists on both sides. These extremists were lauded by moderates who mainstreamed their views. The first Republican president was elected and rejected. The political tensions led to conflict and then civil war.

The left doesn’t believe in secession. It’s an authoritarian political movement that has lost democratic authority. There is now a political power struggle underway between the democratically elected officials and the undemocratic machinery of government aided by a handful of judges and local elected officials.

There is no sign that the left understands or is troubled by the implications of the conflict it has initiated. And there are few signs that Democrats properly understand the dangerous road that the radical left is drawing them toward. The left assumes that the winners of a democratic election will back down rather than stand on their authority. It is unprepared for the possibility that democracy won’t die in darkness.

Civil wars end when one side is forced to accept the authority of the other. The left expects everyone to accept its ideological authority. Conservatives expect the left to accept Constitutional authority. The conflict is still political and cultural. It’s being fought in the media and within the government. But if neither side backs down, then it will go beyond words as both sides give contradictory orders.

The left is a treasonous movement. The Democrats became a treasonous organization when they fell under the sway of a movement that rejects our system of government, its laws and its elections. Now their treason is coming to a head. They are engaged in a struggle for power against the government. That’s not protest. It’s not activism. The old treason of the sixties has come of age. A civil war has begun.

This is a primal conflict between a totalitarian system and a democratic system. Its outcome will determine whether we will be a free nation or a nation of slaves.

Watch AOC Mask Up For Photo Op, Then Take It Off To Mingle
Conservative Firing Line