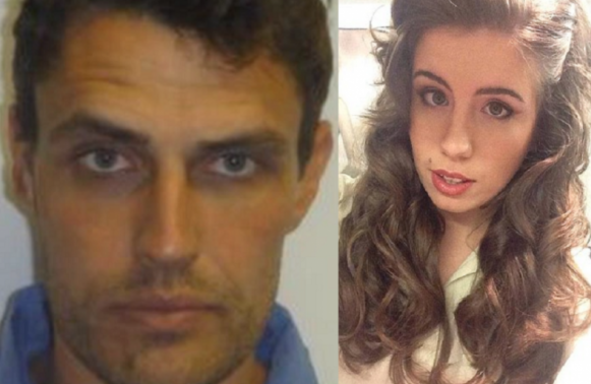 An Australian anti-theist walked into a Christian bookstore, took hold of a Christian woman and raped her in the store. As he was raping “I thought f—, I’m going to jail for this one. I’ve just got to take a chick. I’m going to be stranded for the rest of my life,” he told police following his arrest.

Price walked into a Christian bookshop, which is located in Melbourne’s western suburbs, reported The Herald Sun. He asked the woman in charge if the shop sold Bibles, and she directed him to their Bible selection. Unsatisfied, he asked her again to show him books that contained scientific evidence of God’s existence.

The woman directed him at the back of the bookstore, where he attacked her. “Where’s Jesus? Where’s Jesus right now?” he screamed at her as she bit, pinched, and poked him.

Price even told police how the woman looked like while he was choking her: “I just realised like she was fussing up too much and she was starting to change colours. And I was like f—, not another one.”

He was eventually chased off, and pleaded guilty to the rape. The victim told police that the crime committed against her changed her life forever, and that she still suffers from post-traumatic stress disorder because of it. The unnamed woman said she constantly has panic attacks, and that her marriage has been adversely affected.

Price is a 33-year-old serial rapist and long-time criminal. He has been convicted of the murder of a 17-year-old schoolgirl in 2015. At 31 years of age, Price murdered Masa Vukotic while she was walking in the park. He stabbed her 49 times.

He was only 18 when his committed his first violent crime against a woman. He then assaulted seven women and raped two of them. Of those two, one was a mother at home with two small children and the other was only 13-years-old.

He also has a history of mental illness, including schizophrenia and psychosis.

If this was not enough to warrant the death penalty, I don’t know what is. Yet, after all of that, he was back on the streets and entered a Christian bookstore to target a woman.

Whoever the judge was in the previous cases should be held to account for his part in the crimes committed by Mr. Price.

As for the question, where was Jesus? I can tell you where. He was sovereignly on His throne, and unless there is repentance, He will be administering a just judgment against Mr. Price while imparting grace to his victim.