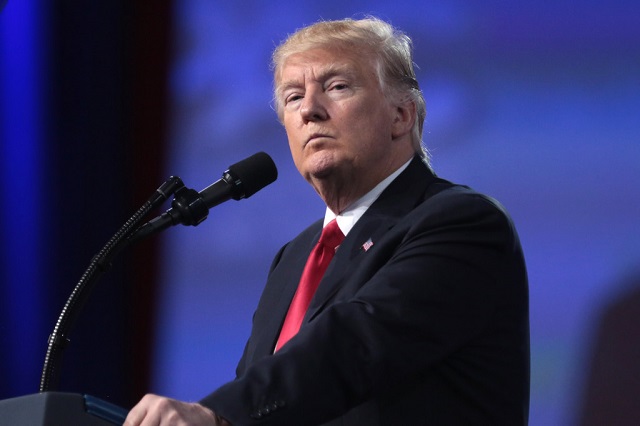 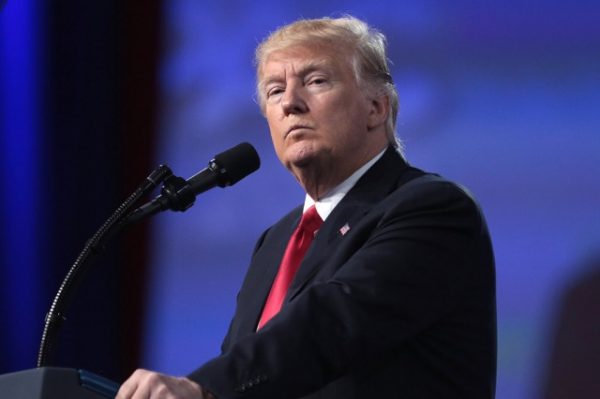 So much for “America first.”

The United States launched dozens of cruise missiles Thursday night at a Syrian airfield in response to what it believes was Syria’s use of banned chemical weapons that killed at least 100 people, U.S. military officials told NBC News.

Two U.S. warships in the Mediterranean Sea fired 59 Tomahawk missiles intended for a single target — Ash Sha’irat in Homs province in western Syria, the officials said. That’s the airfield from which the United States believes the government of Syrian President Bashar al-Assad fired the banned weapons.

There was no immediate word on casualties. U.S. officials told NBC News that people were not targeted and that aircraft and infrastructure at the site, including the runway, were hit.

Trump’s speech on the attack was another lackluster performance:

Is he being blackmailed by Neocons?

This attack is clearly about weakening Assad before the war is over. This is furthering the Neocon-Israeli agenda of “securing the realm” by keeping Israel’s enemies in a perpetual state of chaos.

RT is reporting that “Russian forces were reportedly warned ahead of time,” so hopefully this won’t kick off WW3.

No one voted for more attacks in the Middle East and no one gives a shit about some random gassing in a far-off land.

If Pres. Trump takes appropriate action against Assad this #NeverTrumper will of course support him. He's the president, not merely "Trump."

Murderous McCain and Gruesome Graham out with their triumphant statement in the aftermath of strike on Syria. pic.twitter.com/riFIOASJEg

Earlier today I wrote: “Even if the globalist media cheers him on and a few weeks from now becomes his biggest supporters, he’s going to lose his base and many of his most fervent supporters.”

I didn’t realize the switch would happen within a few hours.