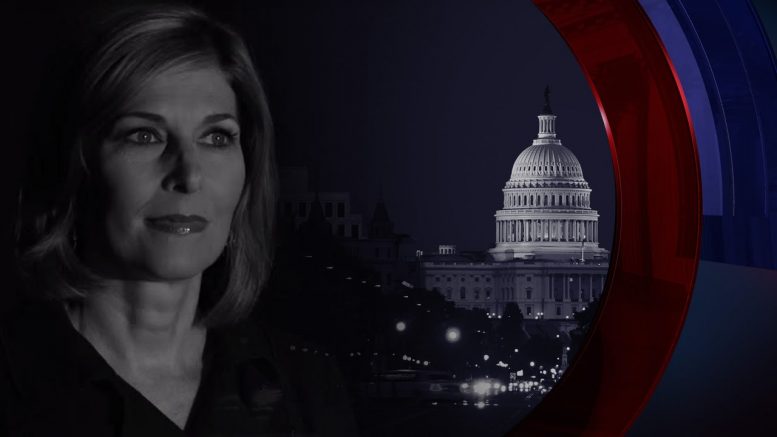 Former Obama National Security Advisor, Susan Rice, is accused of “unmasking” the names of Trump team members contained in those US intelligence reports and illegally leaking their names to the press. Bloomberg reports: “One U.S. official familiar with the reports said they contained valuable political information on the Trump transition such as whom the Trump team was meeting, the views of Trump associates on foreign policy matters and plans for the incoming administration.”

In other words, US intelligence agencies, under Obama, were spying on Trump associates—and Rice obtained the names of those associates, which are supposed to be kept confidential.

Leaking the names to the press, in the current political atmosphere, would result in the impression that Trump associates were having improper conversations with foreign leaders, or even “colluding” with them. Lots of innuendo here.

For example, former CBS star investigative reporter, Sharyl Attkisson—who has sued members of the Obama team and several federal agencies. That lawsuit has just been referred to another venue by the judge in the case. He could have dismissed the suit, but he didn’t. He wants it to proceed. He wants Attkisson to have her day in court.

You might remember Attkisson was uncovering highly embarrassing details about the gun-walking operation, Fast & Furious, and the attack on the US diplomatic mission in Benghazi. She was making the Obama administration extremely uncomfortable.

“In 2011——at the same time that Ms. Attkisson was conducting investigations and issuing certain of her high-profile news reports——the Attkissons ‘began to notice anomalies in numerous electronic devices at their home in Virginia.’ These anomalies included Ms. Attkisson’s work-issued laptop computer and a family desktop computer ‘turning on and off at night without input from anyone in the household,’ ‘the house alarm chirping daily at different times,’ and ‘television problems, including interference.’ All of these electronic devices used ‘the Verizon FiOS line installed in [the Attkissons’] home,’ but Verizon was unable to stanch the anomalous activity despite multiple attempts. In January 2012, the Attkissons’ residential internet service ‘began constantly dropping off’.”

“In February 2012, ‘sophisticated surveillance spyware’ was installed on Ms. Attkisson’s work-issued laptop computer. A later forensic computer analysis revealed that Ms. Attkisson’s laptop and the family’s desktop computer had been the ‘targets of unauthorized surveillance efforts.’ That same forensic analysis revealed that Ms. Attkisson’s mobile phone was also targeted for surveillance when it was connected to the family’s desktop computer. The infiltration of that computer and the extraction of information from it was ‘executed via an IP address owned, controlled, and operated by the United States Postal service.’ Additionally, based on the sophisticated nature of the software used to carry out the infiltration and software fingerprints indicating the use of the federal government’s proprietary software, the infiltration and surveillance appeared to be perpetrated by persons in the federal government.”

“An independent forensic computer analyst hired by CBS subsequently reported finding evidence on both Ms. Attkisson’s work-issued laptop computer and her family’s desktop computer of ‘a coordinated, highly-skilled series of actions and attacks directed at the operation of the computers.’ Computer forensic analysis also indicated that remote actions were taken in December 2012 to remove the evidence of the electronic infiltration and surveillance from Ms. Attkisson’s computers and other home electronic equipment.”

“Additionally, in December 2012, a person with government intelligence experience conducted an inspection of the exterior of the Attkissons’ Virginia home. That investigator discovered an extra Verizon FiOS fiber optics line. Soon thereafter, after a Verizon technician was instructed by Ms. Attkisson to leave the extra cable at the home, the cable disappeared, and the Attkissons were unable to determine what happened to it. In March 2013, the Attkissons’ desktop computer malfunctioned, and in September of that year, while Ms. Attkisson was working on a story at her home, she observed that her personal laptop computer was remotely accessed and controlled, resulting in data being deleted from it. On April 3, 2013, Ms. Attkisson filed a complaint with the Inspector General of the Department of Justice. The Inspector General’s investigation was limited to an analysis of the compromised desktop computer, and the partially-released report that emerged from that investigation reported ‘no evidence of intrusion,’ although it did note ‘a great deal of advanced mode computer activity not attributable to Ms. Attkisson or anybody in her household’.”

Are you noticing any significant mainstream news coverage of this case? Of course not.

Ordinarily, mainstream reporters protect their own colleagues, but here there is silence.

Let’s call it what it is: PARTISAN POLITICAL SILENCE.

The silence is based on a principle they don’t teach at journalism schools:

“We omit the news that contradicts our agenda. Our agenda IS the news.”

Memo to the new Attorney General, Jeff Sessions: You could launch your own investigation into the Attkisson case. Bring it front and center. Uncover all the nasty details. Expose the perpetrators.