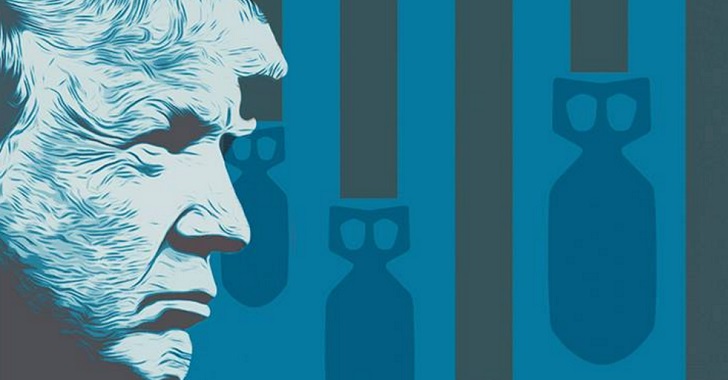 As former South Carolina governor Nikki Haley does all she can to eclipse Samantha Power as being the most bloodthirsty warmonger at the United Nations, consistently shrieking and shilling for war with Syria, U.S. President Donald Trump, who won partially because of the support given him by people who opposed the war on Syria is doing whatever he can to become Barack Obama.

After the questionable chemical weapons incident (there is not even enough evidence to call it an attack), Nikki Haley stood before reporters and hinted as possible U.S. military intervention in Syria with or without a U.N. resolution.

“When the United Nations consistently fails in its duty to act collectively, there are times in the life of states that we are compelled to take our own action,” she said.

“And I will tell you, it’s already happened that my attitude toward Syria and Assad has changed very much,” he said, adding that the incident “crossed many, many lines.”

When pressed as to what the U.S. response would be, Trump played coy, stating only, “You’ll see.”

Trump’s comments, which came just a few days after Washington said it was no longer focused on making Assad leave power, suggested a clash between the Kremlin and Trump’s White House after initial signals of warmer ties. Trump did not mention Russia in his comments on Wednesday but Secretary of State Rex Tillerson said it was time for Russia to think carefully about its support for Assad.

Pence said the time had come for Moscow to “keep the word that they made to see to the elimination of chemical weapons so that they no longer threaten the people in that country.”

Western countries, including the United States, blamed Assad’s armed forces for the worst chemical attack in Syria for more than four years.

Yet, Trump’s willingness to provoke Russia and possibly go to war in Syria stands in direct contrast to Trump in 2013, during a period when another gas attack took place in Syria, then also blamed on Assad but which was later proven to be the actions of the Wests’ terrorists.

One need only take a look at his infamous Twitter page and a collection of his tweets in 2013 regarding the chemical attack in Syria to see a stark difference. One such collection was put together by Mimi al-Laham (aka Syrian Girl) who herself tweeted, “Tweets reveal @realDonaldTrump wasn’t emotionally effected by the #2013SyriaChemicalAttack he used his brain. The Deep State castrated him.”

In response to the same event, writer and journalist Kurt Nimmo tweeted, “I am flabbergasted nobody saw this coming. His election comments on stealing oil, torture and killing families should have been a tip off.”

Regardless, for those hoping Trump’s “you’ll see” will actually be a surprise to the Deep State and result in greater cooperation with Assad and Putin, such wishes do not jive with Trump’s other statements on the incident. If it is a surprise, however, he would do well to tell Nikki Haley to shut her mouth, an order for which the entire country would be grateful.

More than likely, however, the Trump policy is going to be more of the same with a slightly new presentation, a comb-over instead of hope and change.

While leftists and Democrats forage for the most idiotic reasons to impeach Trump, they will no doubt miss the fact that launching a war of aggression based on a lie is indeed an impeachable offense.

However, since leftists have been the biggest cheerleaders for war with Syria over the last six years, we expect the war to continue and progress with nothing but the occasional criticism from your average Democrat and renegade Republicans demanding that Trump intensify it.