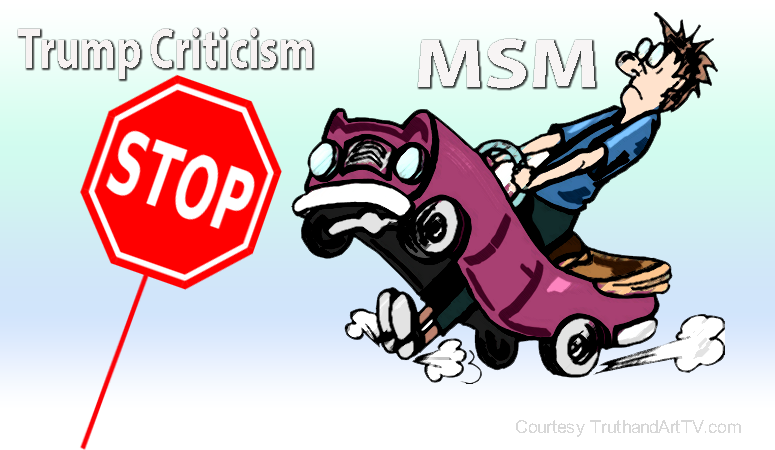 This just in. According to mainstream media president Trump, even if for a day, is no longer Hitler. He is no longer a threat to the world now that the Trump administration has been officially compromised by the Neocon war hawks who have been (along with their partners on the Liberal Left) trying to undermine Trump since day one. It is important for people to see that the recently reported missile attack on a Syrian airbase is entirely contrary to the recent commitment by the US to not call for Assad’s stepping down. If you are a Trump supporter or someone trying to make sense of all this you may be thinking, huh? What’s going on? And, false flag alert!

All of this is completely normal nowadays, however, with the ongoing JFK-style internal struggle for the undermining of the Trump administration; a struggle that marks an administration which is becoming known for all of its 180-degree turns. One day Trump announces his desire to break away from NATO, another day VP Pence tells the EU of the US commitment to NATO. One day Trump says he wants to be friends with Russia, then the mainstream media and the Neocons attacks him for this so he later mysteriously changes his position. One minute threatening rhetoric comes out saying “Iran is on notice” only to see nothing happen over the coming months.

And now just days after Syrian president Bashar al Assad is officially declared a non-threat, all of a sudden we see a chemical weapons (false flag?) attack accusation blamed on Assad which apparently justifies a new attitude toward Assad and a missile being fired into a Syrian position. Notice that as opposed to the old Iraq “weapons of mass destruction” accusation, there apparently was no need to investigate the nature of this “attack.” Now it is apparently sufficient and justified to go straight for the counterattack missile strike without any need to prove to the world anything.

As much of the alternative media has been pointing out for months, we are in the middle of a coup d’etat and as we can see that nothing can be trusted because we no longer know who is in charge. The forces that have been trying to undermine and take over the Trump administration are coming not only from the Liberal Left but from their Neocon partners as we saw recently with the ridiculous Dick Cheney statements falsely accusing Russia of an “act of war” for supposedly “influencing” the US elections. And with this recent event we must all wonder – is the coup d’etat against the Trump administration complete and official now?

I suppose the main point or the more important point I want to make about this recent development regardless of what direction this goes is that now for the first time all year the mainstream media is NOT bashing Trump! And that should be all that anyone needs to see to be convinced that up to now Trump has been a threat to the ruling elite’s (Liberal Left and Neocon) new world order plans. Yes, these globalists are operating right in front of us as millions of Americans on the Liberal Left have been brainwashed by their leaders to think that Trump is “Hitler,” an “isolationist” and a dangerous “nationalist” for not going along with the globalist agenda. Note to the Liberal Left: if Trump continues aggression in Syria or anywhere in the Middle East and aligns himself with the globalists, all of a sudden all of your (“social justice warrior”) criticism of Trump will be labeled “conspiracies” by the very same mainstream media that had been bashing Trump up to now for not cooperating with the globalist agenda.

If nothing else comes out of this, I hope that people see the political nature of the world we live in. There is a ruling class that intends to implement their new world order as soon as they can and they will not let any president or anyone get in the way of this plan. They want to rule over you and they hate the individual, they hate all religions, traditional values and cultures, they hate nation states with an enforceable rule of law that gets in their way, and they hate freedom, free speech and the concept of a free press (think alternative media). All of these are threats to their plans and the mainstream media today including the social media giants today (Facebook, YouTube) more than any other entity is tasked with pushing this globalization and new world order plan forward regardless of what it takes. As I urge viewers in the video below, if you forget politicians and just notice what the mainstream media says and run the other way you’ll always be right!