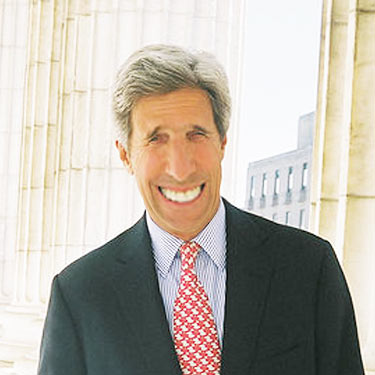 It is becoming clearer and clearer by the moment that the supposed “chemical attack” in Syria was a false flag to drag the US into the wider global conflict that is now taking shape after President Trump bombed President Assad targets in Syria Thursday night.

Remember when Mr. Skull and Bones John Kerry told us all that Assad had turned over not just some of his chemical weapons but 100% of them?

Oh, I’m sorry, Kerry said, “declared chemical weapons” which, in effect, makes the whole entire thing a non-statement if you think about it… the only kind of statement the government is really capable of making.

Well now that this point has been brought to the forefront, some “unnamed intelligence official” (they’re always unnamed) has come out to claim — SHOCK OF ALL SHOCKS — that Assad apparently did not turn over all chemical weapons.

Because, you know, that doesn’t really fit their narrative that President Assad would bomb his own people on the eve of the very peace talks in Syria that he’s been personally pushing for over half a decade now for apparently no reason at all, now does it?

Well, at least these unnamed “intelligence” officials are just intelligent enough to know just enough math to realize their story — 100% minus any leftover percent that isn’t zero — means John Kerry was completely full of sh*t and they have to say something not to otherwise look like braindead idiots or total liars (or both).

Then again, why anyone would believe anything coming out of this government at this late point is the game is well beyond me.