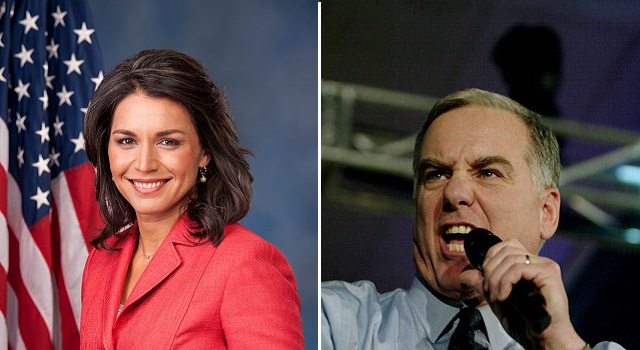 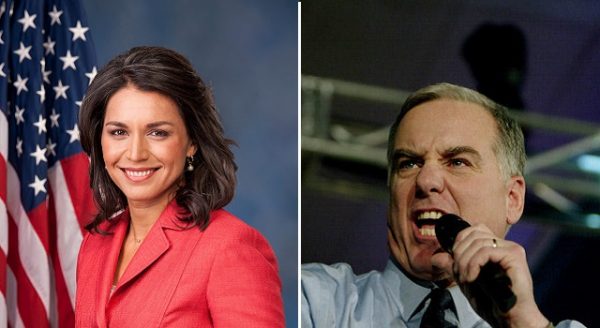 Gabbard indicated she was “skeptical” the Syrian government was responsible for the chemical weapons attack on the town of Khan Sheikhoun during an interview with CNN’s Wolf Blitzer.

Her comments drew strong criticism from top Democrats and others on the far-left, many of whom called for her to be removed from office.

“People of Hawaii’s 2nd District – was it not enough for you that your rep met with a murderous dictator? Will this move you,” tweeted Neera Tanden, president of the far-left Center for American Progress and a close ally of failed presidential candidate Hillary Clinton.

People of Hawaii's 2nd district – was it not enough for you that your rep met with a murderous dictator? Will this move you?1 https://t.co/jbwGuZIJ6R

Gabbard strongly opposed President Trump’s decision to launch a cruse missile strike on a Syrian airbase, suggesting he had taken the advice of “war hawks” and approved the strike “without care or consideration.”

This is a disgrace. Gabbard should not be in Congress. https://t.co/yDTh43GZam

“It angers and saddens me that President Trump has taken the advice of war hawks and escalated our illegal regime change war to overthrow the Syrian government,” she said in a statement. “This escalation is short-sighted and will lead to more dead civilians, more refugees, the strengthening of al-Qaida and other terrorists, and a possible nuclear war between the United States and Russia.”

“Frankly, I don’t think Assad would have done that,” he said on CNN Wednesday. “It does not serve his interests.”

“We might end up making the situation worse if we launch airstrikes,” he added. “The first casualty of war is the truth, and it’s hard to know exactly whats happening in Syria right now.”