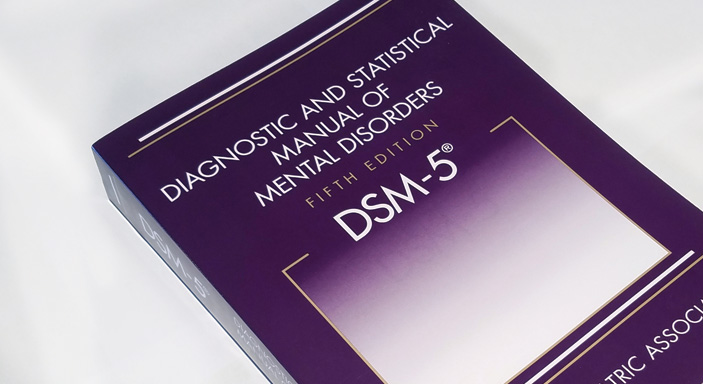 I’ve covered this subject in various ways. Here I’m going to use a Q & A format to highlight vital points.

Q: What do people need to know about names for diseases?

A: A disease-label of any kind is something you need to look at the way you’d look at a scorpion on your porch.

A: Because the label is meant to make you think there is a specific condition.

A: Not necessarily. For example, autism.

A: Well, start with this. There is no defining diagnostic test for autism. No defining physical test. No blood test, saliva test, urine test, brain scan, genetic assay.

A: Autism is listed in the Diagnostic and Statistical Manual of Mental Disorders (DSM), the bible of the psychiatric profession. The definition of autism is basically a menu of behaviors. There is no defining diagnostic test. You’ll find, in the official lexicon, other names for various so-called “developmental neurological disorders,” too. And none of them in the DSM have defining diagnostic tests, either.

Q: What are you driving at? Are you saying autism is some kind of illusion, that there is no damage or problem?

Q: So what is your point?

A: If a parent applies to the US federal vaccine court, for compensation, because her child was severely damaged by a vaccine, and if she or her doctor calls that damage “autism,” there is almost no chance the government will award her compensation.

A: Because the government is committed to saying, come hell or high water, vaccines don’t cause autism. But if that same parent says her child developed “encephalopathy”—a generalized term meaning a condition that adversely affects the structure or function of the brain—her chances of receiving compensation increase by a small percentage.

Q: Even if she says a vaccine caused the encephalopathy?

A: Yes. It’s all a word game, and if the parent doesn’t know how to play it, she’ll almost certainly lose.

Q: If none of these neurological disease-labels in the DSM has a specific and defining diagnostic test, then why doesn’t the parent just tell the vaccine court, “My child’s brain was damaged by a vaccine”?

A: Because the rules demand that she present evidence that the vaccine caused a known and officially accepted disease condition with a disease label.

Q: But the truth is, the vaccine caused brain damage.

A: Truth is not the goal of the government’s game.

Q: Are you saying there is no such thing as autism?

A: I’m saying there is no conclusive evidence for the existence of autism as a specific condition. Otherwise, there would be a defining diagnostic test for it, and there isn’t. There are various causes for neurological and brain damage. When a vaccine is the cause, it should be called VACCINE DAMAGE, and compensation should be awarded on that basis. Period. Stop the fiddling and game playing.

Q: But the government doesn’t want to admit that vaccines cause severe damage.

A: That’s why they play their word games.

Q: What are some causes for neurological damage?

A: A blow to the head, a fall, almost drowning in a pool, oxygen deprivation at birth, severe and long-term nutritional deficits, toxic pesticides, toxic medical drugs, vaccines.

Q: Why are these and other causes hidden under fancy medical names?

A: Because, for example, for each disease-name, drugs can be developed and sold.

Q: What are some names for neurological disease or damage?

Q: Are there overlaps of symptoms?

Q: Is it possible that any of these could be caused by vaccines?

A: The actual DAMAGE that is at the heart of these disease-labels could be caused by vaccines. Or other factors. Each child must be assessed uniquely.

Q: You’re suggesting that, in a sane world, parents and doctors and government officials would call vaccine damage VACCINE DAMAGE, and forget all the rest of it.

Q: Any other medical tricks people should be aware of, relating to autism?

A: Yes. Researchers can say they know vaccines don’t cause autism, because there are children diagnosed with autism who have never been vaccinated. That assertion is a hoax. The label and the definition of autism are worthless, to begin with, because there is no specific test that invariably diagnoses autism. Instead, as I keep saying, vaccine damage is real and it should be labeled as such. Then, there is no argument about what is and isn’t autism, or what does and doesn’t cause it. There is just naked straightforward truth.

Q: So when a doctor tells a parent, “Your child has autism…”

A: He’s really saying, “Your child has suffered some kind of neurological damage. We have a general label for it. Autism. The label doesn’t tell us what caused your child’s damage.”

Q: But the doctor wouldn’t admit that.

Q: Suppose he did admit that. Suppose all doctors admitted that.

A: Then there would be a whole new world. Doctors would be tasked with trying to find out what caused the damage in each child. And in talking to a parent, who was there and saw the radical change in her child after vaccination, a doctor would realize that a vaccine was the cause.

Q: It sounds like the government is leading a parent with a vaccine-damaged child into a blind alley with its vaccine court.

A: That’s right. The parent is seeking compensation to pay for her child’s care. The court is essentially saying, “If you claim your child was damaged by a vaccine and call that damage autism, even though the word “autism” is just a meaningless label, we’ll deny compensation. We’ll deny it because we’ve arbitrarily decided that vaccines can’t cause autism.”

Q: This is pure insanity.

Q: Let me see if I can sum all this up. First, we have a meaningless label called “autism.” It’s meaningless because there are no defining diagnostic tests for autism. Therefore, there is no proof that autism is a specific condition, beyond the fact that a child has been neurologically damaged in some way. But most people, and the government, and the medical system, ALL BUY INTO THE IDEA THAT AUTISM IS REAL AND SPECIFIC…AND THEN THE GOVERNMENT TURNS AROUND AND SAYS: A PARENT WHO IS SEEKING COMPENSATION FOR VACCINE DAMAGE, ON THE BASIS THAT A VACCINE CAUSED HER CHILD TO “DEVELOP AUTISM,” WON’T BE COMPENSATED, BECAUSE THERE IS NO PROOF THAT ANY VACCINE CAUSES AUTISM. THE GOVERNMENT IS ESSENTIALLY SAYING: THERE IS NO PROOF A VACCINE CAN CAUSE A CONDITION WHICH HASN’T BEEN PROVEN TO EXIST.

Q: This is even crazier than I thought it was.

A: You can add in one more factor. There are parents with vaccine-damaged children, and these children have been diagnosed with autism. If you tell these parents there is no proof that autism exists, and their child simply has devastating neurological vaccine damage, they will protest. They’re caught in a situation they don’t fully understand, and they’re determined to hold on to the idea that their child “has autism.” They want that label to be applied to their child. For them, it provides an “explanation” for what happened to their child. They won’t let it go. And THEN, they will go to the federal vaccine court and ask for compensation, not realizing that if they use the word “autism,” that’s doom. The court will deny their claim.

A: That’s exactly what it is.