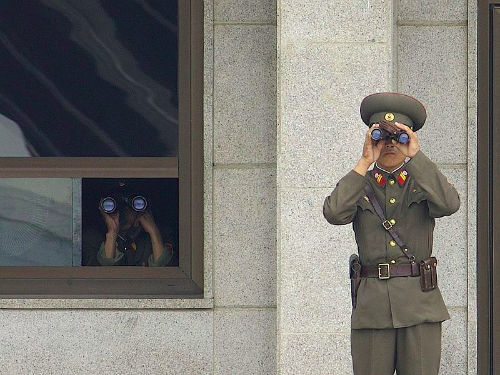 Last month it was revealed that North Korea may have been behind a digital bank heist that stole $81 million from the Federal Reserve Bank of New York. It turns out however, that North Korea’s hackers haven’t just been stealing money. They have actually stolen something far more valuable to the US government.

Last week, an anonymous source in the South Korean government revealed that North Korea had hacked into the computer network of their defense system, and stolen documents that were related OPlan 5027, a series of military plans established by the US and South Korea. OPlan 5027 was first created by military planners in the 70’s, and has been updated every two years since 1994. It explains in great detail, how the US and South Korea would defend the South from a North Korean invasion.

According to the source who leaked this information to the South Korean press, North Korea apparently stole the war plans last September. At the time it was revealed that malware had infected 2,000 government computers, and that only a few sensitive documents had been leaked. The source revealed that as many as 5,000 computers may have been compromised. It’s believed that the theft was committed by North Korean hackers based in China.

Initially the government in Seoul downplayed the revelation, but eventually confessed that parts of OPlan 5027 are in North Korean hands. The source claims that government officials are still debating whether the war plan needs to be revamped now that North Korea has access to parts of it. Apparently, they’re not even completely sure about how much of the plan was leaked.