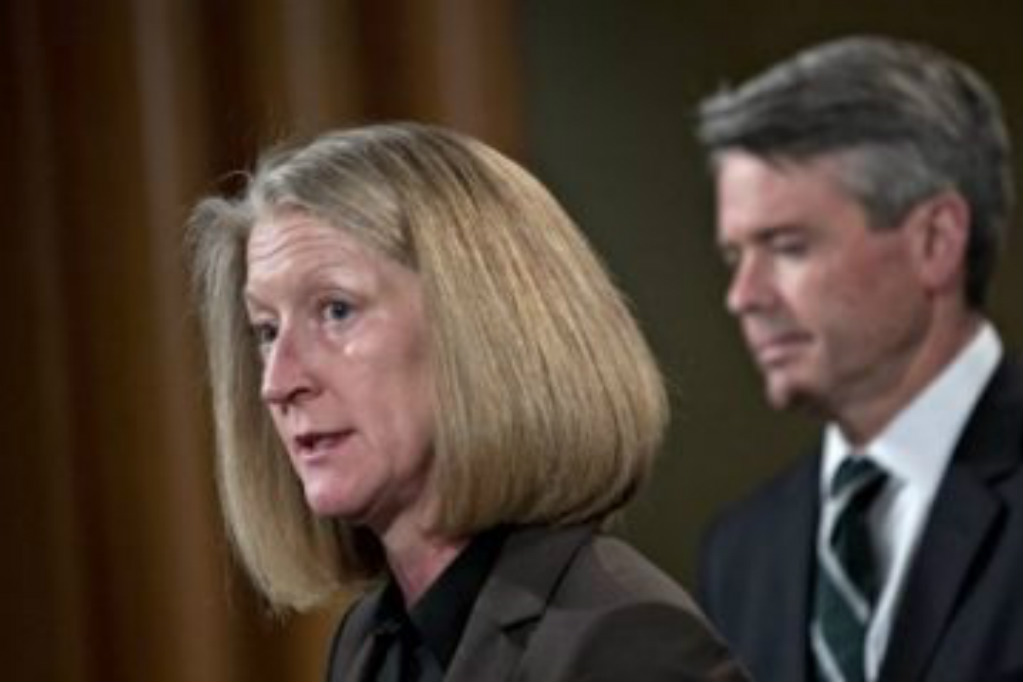 State Department employee Candace Marie Claiborne is facing charges of obstructing an official proceeding and making false statements to the FBI, both felony offenses, for allegedly concealing numerous contacts that she had over a period of years with foreign intelligence agents, according to a federal complaint that was unsealed at the end of March.

Ms. Claiborne began working as an Office Management Specialist for the Department of State in 1999. She has served overseas at a number of posts, including embassies and consulates in Baghdad, Iraq, Khartoum, Sudan, and Beijing and Shanghai, China.

According to a statement by the Justice Department:

As a condition of her employment, Claiborne maintains a Top Secret security clearance. Claiborne also is required to report any contacts with persons suspected of affiliation with a foreign intelligence agency.

Despite such a requirement, the affidavit alleges, Claiborne failed to report repeated contacts with two intelligence agents of the People’s Republic of China (PRC), even though these agents provided tens of thousands of dollars in gifts and benefits to Claiborne and her family over five years. According to the affidavit, the gifts and benefits included cash wired to Claiborne’s USAA account, an Apple iPhone and laptop computer, Chinese New Year’s gifts, meals, international travel and vacations, tuition at a Chinese fashion school, a fully furnished apartment, and a monthly stipend. Some of these gifts and benefits were provided directly to Claiborne, the affidavit alleges, while others were provided through a co-conspirator.

Claiborne wrote in her journal that she could “Generate 20k in 1 year” by simply working with one of the PRC agents. After wiring Claiborne $2,480, the agent then asked for Ms. Claiborne to provide internal U.S. Government analyses on a U.S.-Sino Strategic Economic Dialogue that had just concluded in May 2011.

She failed to report the incident as required. At least two other co-conspirators are named in the affidavit.

Her actions appear to be treasonous as she allegedly confided to a co-conspirator the that PRC agents were “spies.” She then went on to willfully mislead State Department and FBI investigators about her contacts, according to the affidavit.

“Candace Marie Claiborne is a U.S. State Department employee who possesses a Top Secret security clearance and allegedly failed to report her contacts with Chinese foreign intelligence agents who provided her with thousands of dollars of gifts and benefits,” said Acting Assistant Attorney General McCord. “Claiborne used her position and her access to sensitive diplomatic data for personal profit. Pursuing those who imperil our national security for personal gain will remain a key priority of the National Security Division.”

“Candace Claiborne is charged with obstructing an official proceeding and making false statements in connection with her alleged concealment and failure to report her improper connections to foreign contacts along with the tens of thousands of dollars in gifts and benefits they provided,” said U.S. Attorney Channing D. Phillips. “As a State Department employee with a Top Secret clearance, she received training and briefing about the need for caution and transparency. This case demonstrates that U.S. government employees will be held accountable for failing to honor the trust placed in them when they take on such sensitive assignments.”

“Candace Claiborne is accused of violating her oath of office as a State Department employee, who was entrusted with Top Secret information when she purposefully misled federal investigators about her significant and repeated interactions with foreign contacts,” said Assistant Director in Charge Andrew W. Vale. “The FBI will continue to investigate individuals who, though required by law, fail to report foreign contacts, which is a key indicator of potential insider threats posed by those in positions of public trust.”

Claiborne worked under Presidents Bill Clinton, George W. Bush and Barack Hussein Obama Soetoro Soebarkah. It was during the time that Hillary Clinton was Secretary of State that Ms. Claiborne allegedly began to engage in criminal activities. It’s very interesting seeing that it was the Clintons who allowed technology to be sold to the Chinese that advanced their nuclear program years ahead. It’s also interesting considering that it was Hillary Clinton who made the big deal with Russia to sell Uranium ore. As the old saying goes, “Birds of a feather flock together.”

If convicted, Claiborne is facing a maximum penalty of 20 years in prison for obstructing an official proceeding and five years for making false statements to the FBI.