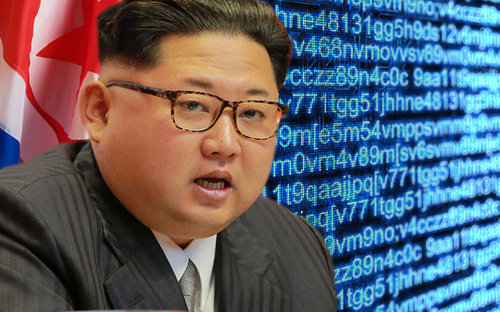 Following the missile strike on Syria, President Trump has now sent an armada North Korea’s way, and they have decided to evacuate 600,000 people from the capital.

The deportation represents one-fourth of Pyongyang’s current population of 2.6 million. It is not known when they will be forced to move or to where.

“Population control was the pretext of the latest order,” said the source, who asked for anonymity, “but in reality, the purpose is to ‘purify’ the North Korean capital and allow only the loyal elite class to live there.”

Among those who were chosen by authorities to move are people whose relatives defected to South Korea, had been jailed in a prison camp, used drugs or counterfeit money, and produced, distributed or sold pirated films from the South.

Those who were caught selling other illegally imported goods in a jangmadang, or North Korean black market, were excluded because such cases have become so prevalent that it is no longer considered a serious crime, the source said.

A South Korean government official said the North has sporadically kicked a few dissidents out of the capital in the past, but never a group as large as this.

“That said, population control could be a factor if North Korea, which has lost millions to famine over the past few decades, considers Pyongyang a national redoubt,” wrote Kit Daniels. “North Korea may test a nuclear weapon on April 15 – the birthday of its founding president Kim Il Sung – as an act of defiance against the US strike group anchored off the Korean peninsula.”

“We are sending an armada. Very powerful,” Trump told Fox Business Network’s Maria Bartiromo. “We have submarines. Very powerful. Far more powerful than the aircraft carrier. That, I can tell you.”

.@POTUS on Kim Jong Un: "He is doing the wrong thing." pic.twitter.com/Tbhl4Mk9IK

In the same manner Trump has spoken of before to the media, he said that he would not announce his plans of what he intended to do with regard to the armada and the latest provocations of Kim Jong Un.

The USS Carl Vinson, “America’s Favorite Aircraft Carrier,” was sent in the armada.

“Third Fleet ships operate forward with a purpose: to safeguard U.S. interests in the Western Pacific,” he added. “The number one threat in the region continues to be North Korea, due to its reckless, irresponsible, and destabilizing program of missile tests and pursuit of a nuclear weapons capability.”