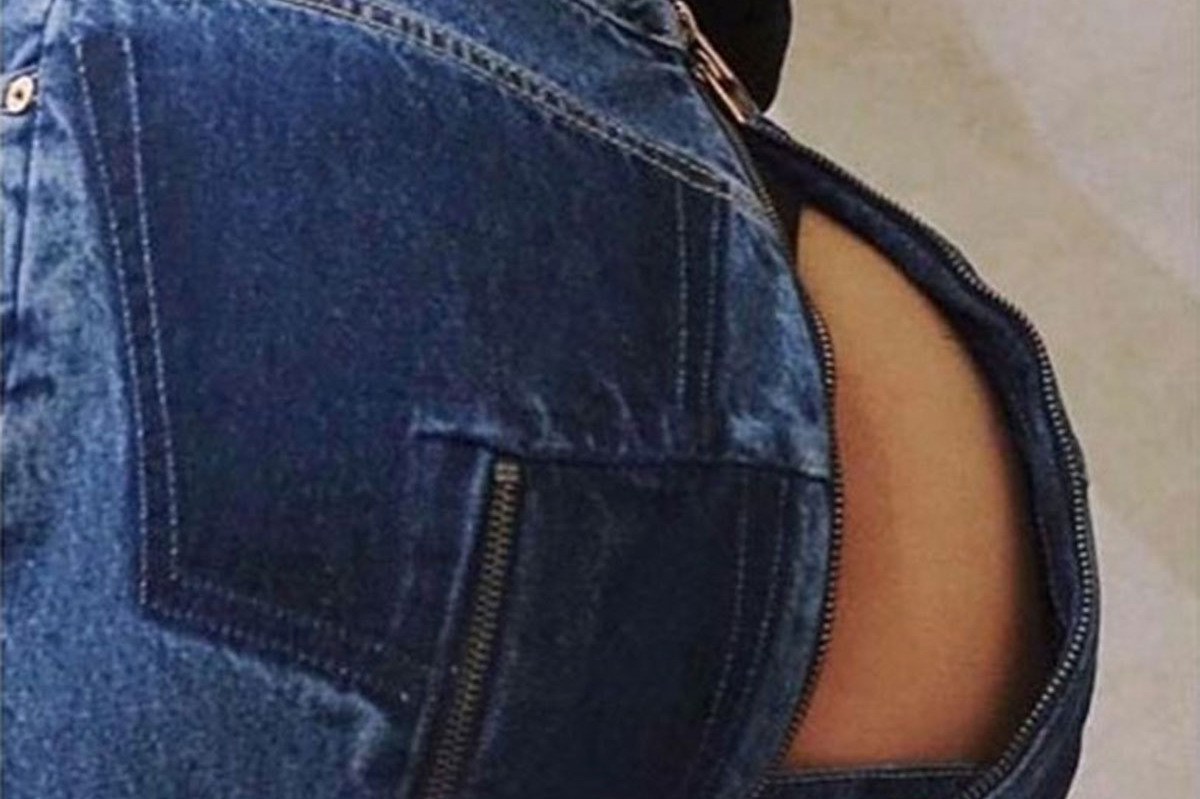 A company called Vetements is selling a pair of jeans for $1,870.

What’s so special about the jeans?

The jeans are Vetements x Levi’s capsule collection, featuring a zipper that runs from the front waist, all the way down to the crotch, then up the back between the wearer’s butt cheeks to the back waist.

Just so you know what Vetements intends the butt-zipper jeans for, here’s a pic:

The sodomy jeans also comes in a hot pants version, which sells for $1090:

Vetements is a French clothing and footwear brand co-founded in 2009 by fashion designer Demna Gvasalia.

Born in the former Soviet republic of Georgia in the Caucasus, 36-year-old Gvasalia is Vetements’ head designer and also the creative director of French fashion house Balenciaga. According to an interview in Vogue Italia, Gvasalia spent his childhood in the Soviet Union with his “half-French Jewish grandmother”. A 2015 article in the LGBT Out magazine says “Vêtements made headlines last year when Kanye West and Jared Leto wore both spotted on the front row at his show, which was held in a Paris gay sex club, Le Dépōt.”

One thousand eight hundred and seventy dollars for a pair of jeans with a zipper in the crotch and riding up between the butt cheeks must be very uncomfortable to wear. But in an interview with the New York Times in October 2015, Gvasalia actually said, without a sense of irony or self-awareness, that “I’m driven by making clothes both wearable and financially accessible, fashion that has a place in the real world.”