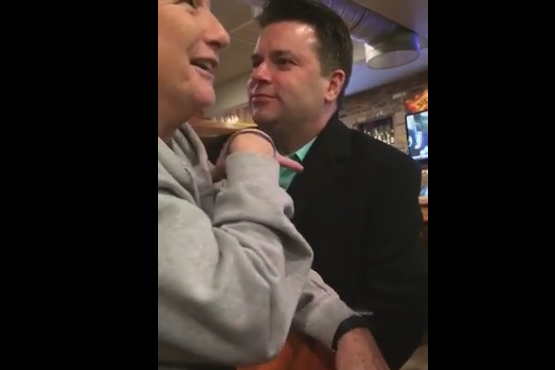 Hopefully the fact that cell phone cameras are so cheap and ubiquitous these days will help stop the political stupid before it even gets started for any future John McCains, Nancy Pelosis or Maxine Waters, etc.

Such is the case for GOP New Jersey Assembly candidate Brian McDowell, who was recently recorded drunkenly telling some woman in a bar that she should “f*ck him” because, well, watch for yourself…

But Mr. McDowell, who has now lost his GOP endorsement over this, took it a step further telling Politico, “There are human errors and even Jesus dropped the cross three times. I’m not running to be the Pope. I’m running to make New Jersey more affordable.”

Hopefully not even a seat on the NJ Assembly.