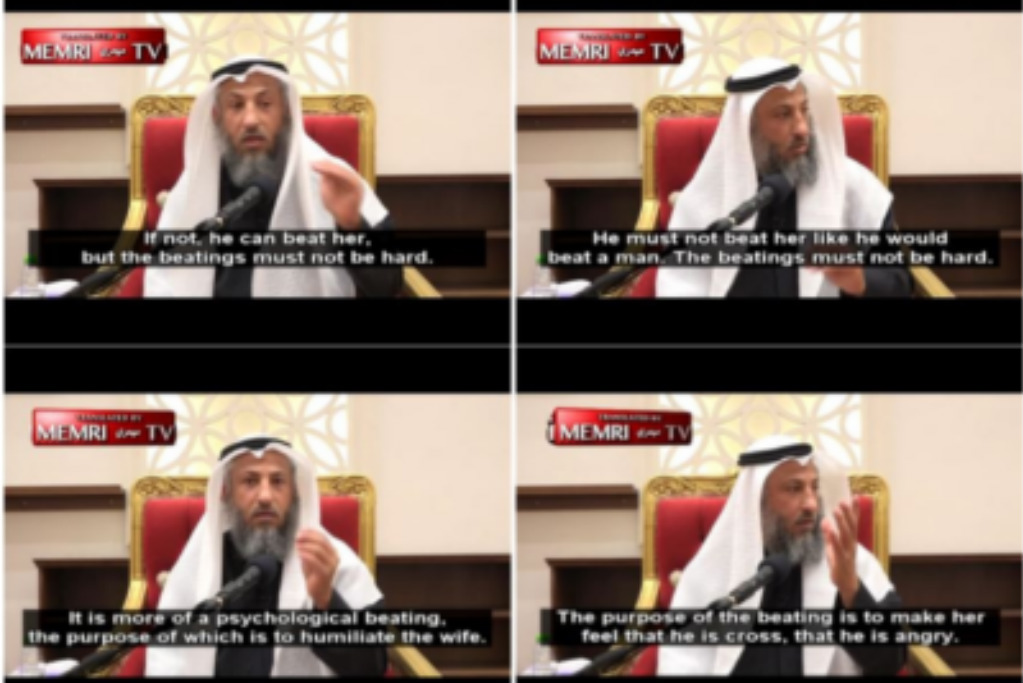 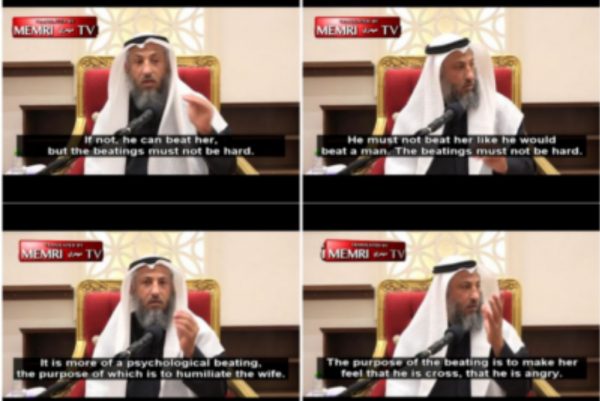 Add this to the scores of videos, sermons and Islamic exhortations published here at GR from imams, Islamic preachers, sheikhs, et al, explaining the Islamic way, the proper way, to beat your wife.

The mandate to beat one’s wife is in the Qur’an:

“Men have authority over women because Allah has made the one superior to the other, and because they spend their wealth to maintain them. Good women are obedient. They guard their unseen parts because Allah has guarded them. As for those from whom you fear disobedience, admonish them and send them to beds apart and beat them.” — Qur’an 4:34

Muhammad “struck me on the chest which caused me pain, and then said: Did you think that Allah and His Apostle would deal unjustly with you?” — Aisha (Sahih Muslim 2127)

In a fatwa session posted online, Kuwaiti cleric Othman Al-Khamis cited the Quranic verse pertaining to wife-beating, and said: “The beatings must not be hard. It is more of a psychological beating, the purpose of which is to humiliate the wife.” He further explained that “he shouldn’t break her bones, and he shouldn’t beat her on the face.” A video of his statements was posted on his YouTube channel on January 31.

Video thanks to MEMRI

Related:
Muslim teacher shows CORRECT way to beat wife — with a stick: husband’s violence towards his wife is a ‘beautiful blessing’

Canadian Army Chaplain: Beat your wife, but “keep it behind closed doors”

Mufti: How to Beat Your Wife According to Islam

Australia: “Get used to it. This is Islam. The only way to keep a woman in line is to beat her.”