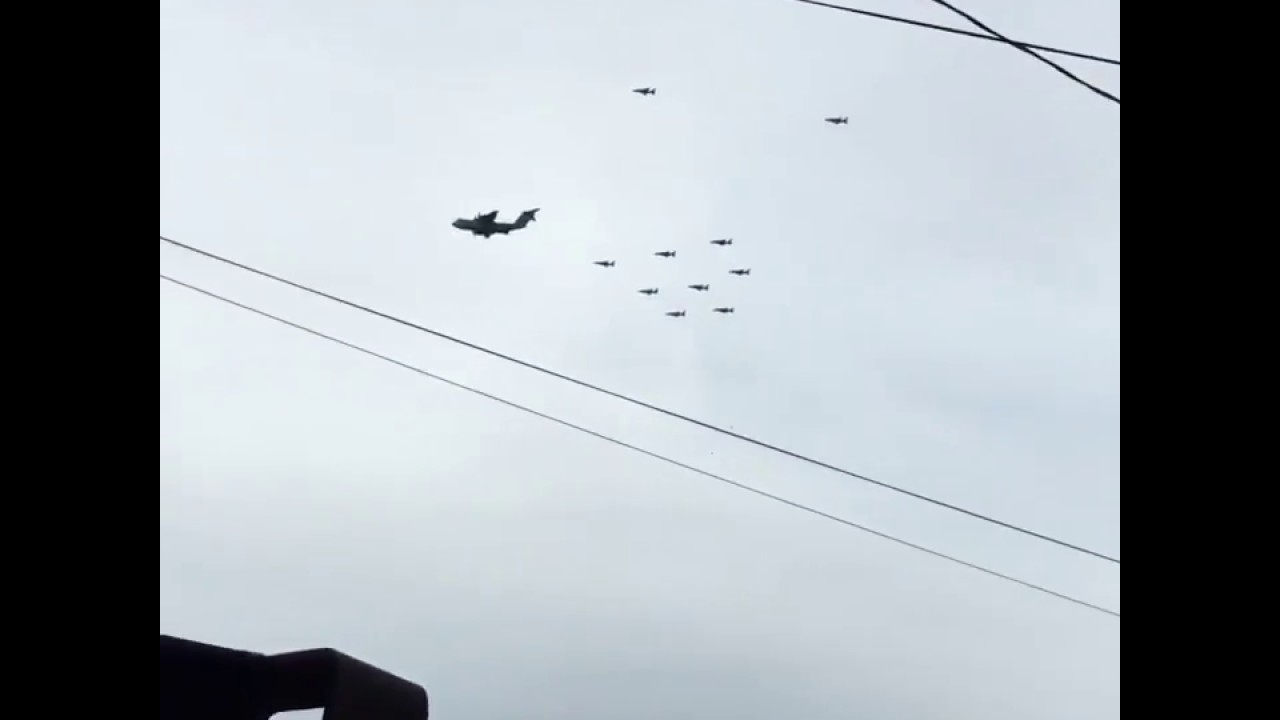 What was this plane carrying that is so important?

UPDATE: This was, more than likely, footage of a French Air Team that was touring in the area. There was an air show in Sacramento on Saturday. Since the YouTuber gave no additional information about location, time, etc. it could be assumed that this footage was from part of that show.

On Saturday, April 15, 2017, a large military cargo plane, possibly a C-5 Galaxy, was filmed over California headed west, possibly toward the Korean Peninsula.

The cargo plane was escorted by 10 jet fighters signifying the importance of the cargo.

It is speculated that the cargo plane is carrying nuclear munitions or possibly a MOAB like the one just dropped in Afghanistan.